Any publicity is good publicity?

According to multiple reports, an Overwatch-branded truck was involved in a crash with another automobile outside the Boston Convention & Exhibition Center around 7pm Friday.

The truck was part of a ballyhoo between Uber and Blizzard Entertainment dubbed “Uberwatch,” which provided free transportation this weekend for PAX East convention-goers.

Of the three Overwatch-themed vehicles involved in the promotion, the one mixed up in the collision was a Ford F650 Super Truck with a driver dressed as Soldier: 76 behind the wheel.

Among those on the scene was Gearbox Software boss Randy Pitchford, who had just exited the exhibition hall’s main theater. Pitchford had been showing off his studio’s new project, Battleborn, which coincidentally happens to bear a strong resemblance to Overwatch and is launching the same month.

Here’s a photo Pitchford snapped of the fender bender: 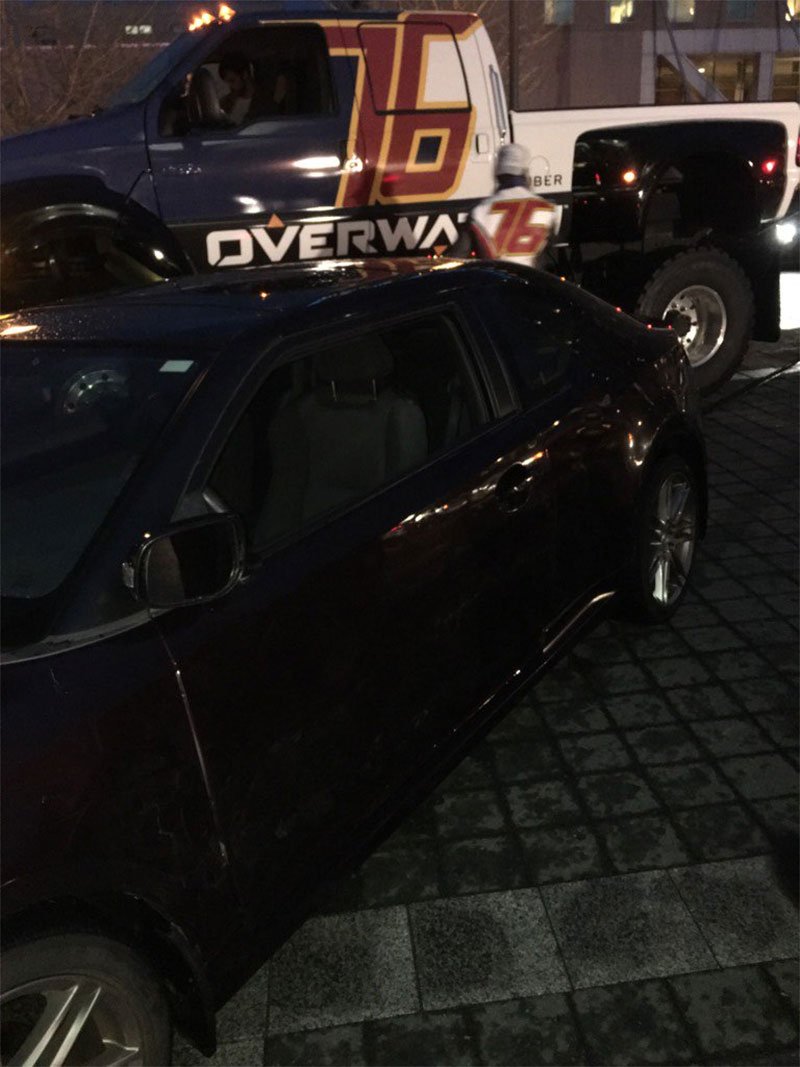 Fortunately, it seems no one was seriously harmed in the incident.