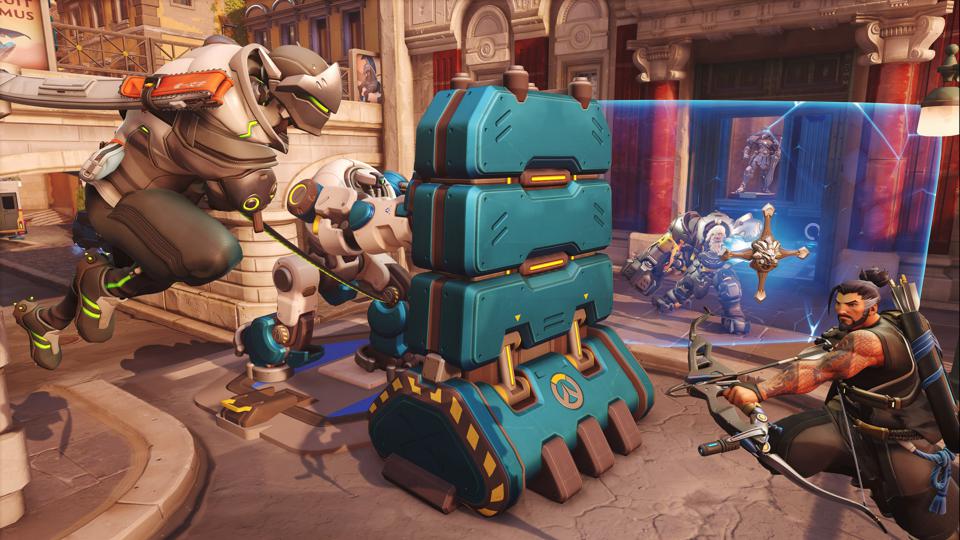 Overwatch 2 is a waiting game

Somehow, despite all my bellyaching, I got roped back into Overwatch. I used to play pretty seriously with a team when I was in college, but I thought I was done with the game for good until Overwatch 2 came out (even if it doesn’t really count as a sequel in my book). The game is still full of bugs, but I’ve mostly been able to enjoy my experience because I’m trying out all kinds of new heroes I never thought I could viably play in the past.

I used to be basically just a one-trick Mercy main, but now I’ve found I can viably play the entire support roster, as well as a number of tanks and DPS characters. I’ll thank my extensive Call of Duty training for that. The problem is, though, I haven’t had a lot of opportunities to try out my new skills in competitive mode, because tank and DPS wait times are seriously out of control.

I mean I get why — it’s a simple supply and demand situation. The game has gone from six-player teams to five players, so cutting a tank out of the lineup means you have the same amount of people queuing for one spot instead of two. DPS has always been a desirable role, so it makes sense that those wait times continue to be pretty high. What we end up with, then, are wait times for tank and DPS that can range anywhere from a ten to over a 20-minute wait, depending on when you’re queuing. Sometimes, during off hours, those times will dip below 10 minutes, but even so, they’re still usually three or four times longer than the wait for the support role, which has been less than two minutes every single time I’ve been in the game.

I truly do love playing support — it’s nice to feel helpful to my teammates, and I like the kits of all the support heroes, for the most part. The thing is, though, I don’t want to play support every time I play the game, especially now that I’m experimenting with some heroes that are new to me like Reinhardt and Sojourn. 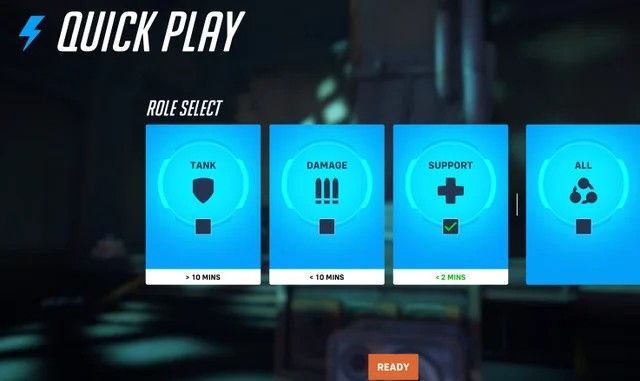 Why wait when you could be playing?

What it comes down to is that when I queue up for support, I find a game instantly. If I queue for the other roles, I’m usually waiting between 7-10 minutes. If I only have an hour to play, I don’t want to spend time twiddling my thumbs, waiting to find a game.

Another downside is that some support players have just resigned to playing DPS in the support role. There have been a whole bunch of memes on Twitter this week about Moira mains in particular who prefer dealing damage over healing their team. I am usually a proponent of letting people play a game however they want, but the thing about Overwatch is that other people are depending on you. Quickplay or the arcade are great ways to learn the game or just mess around, but I will hold firm to the stance that in competitive, you should be playing as the game was intended — as a team that works together.

From what I can tell, support mains are feeling the fatigue. It’s still enjoyable to play as a healer, for the most part, but when it’s all I’m ever playing, it gets old really fast. It’s been a ton of fun returning to the game after a few years away, and I’ve really wanted to stick with it for a while, but now I’m finding myself reaching for other games, which is a real bummer after how excited I was for this release. 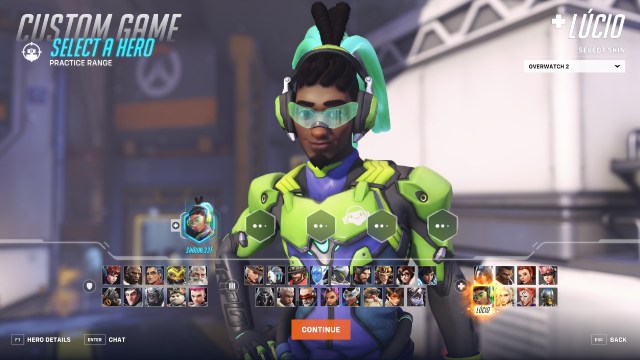 Is there a fix?

So what are some possible solutions? Blizzard is already giving players who queue as support an XP bonus, but clearly, players don’t care too much about that. It could help if they were willing to give players coins to buy skins with, but given all the battle pass nonsense, that seems unlikely. Ultimately I think it’ll come down to the players themselves trying something new, but given the history of the game, I don’t see that as being very likely.

I’ve had such a love/hate relationship with Overwatch since I started playing it in 2016. Despite the tilting, the leavers, the toxicity, and all of the baffling changes Blizzard has made to the game, there’s still something about it I love so much, it’s made me want to stick around. Unfortunately, the long wait times are just the tip of the iceberg when it comes to all the problems I have with Overwatch 2, so maybe it’s time to stop holding onto the nostalgia and put the series down for good.

Have you been playing Overwatch 2? What are your thoughts on the game? Let’s discuss in the comments below.