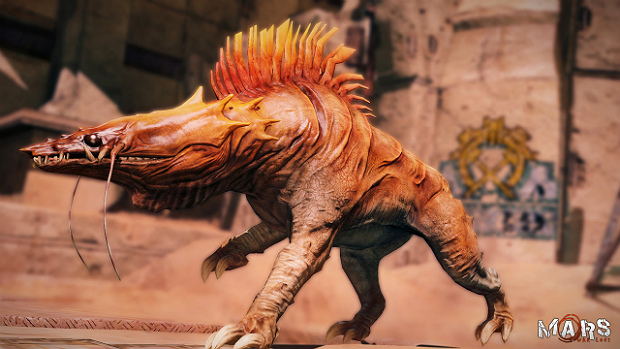 If Paul Atreides could shoot lightning from his hands …

Spiders released an appropriately titled “overview trailer” for its upcoming sci-fi action-RPG, Mars: War Logs, which is also appropriately titled: there’s a war, it takes place on Mars, and you’ll be shooting, electrifying, dodging, talking, flirting, and billy-clubbing your way through it later this summer.

Narrated by Spiders CEO Jehanne Rousseau, the above-embedded trailer gives you a pretty sweeping look at Mars: the premise, the characters, the outline of the plot. I like when developers do trailers like this because it means I don’t have to.

And, just because we haven’t posted it yet, you can also find a more traditional, story-based trailer below. It’s vibrant and colorful and shows the game’s visuals off at their best.

Whether or not Spiders can cash the checks they’re writing with these trailers remains to be seen, of course, and a raising an eyebrow at the promise of difficult choices and moral ambiguity is a safe bet with the biggest of games. To see BioWare-style ideas distilled into a smaller, more compact downloadable game is quite the prospect.

The last time we covered Mars: War Logs, it was to post a gameplay trailer that focuses on combat. Hidden in that trailer was a short explanation of the sneaking and trap-setting skills which, according to the game’s official website, can be found in the Renegade tree.

Off all the things in the increasingly broad action-RPG genre, I like nothing more than setting up a good ambush. In Dragon Age: Origins, my first step was to always clog up chokepoints with glyphs of paralysis and caltrop traps, and I was pretty disappointed by the way Dragon Age II changed those mechanics. I even liked planting Cain Trip mines all over the place as a Talon Engineer in Mass Effect 3 multiplayer.

My point, I guess, is that if Mars: War Logs makes good on its promise of letting me trick a bunch jackbooted slavers into chasing me into a minefield, I’ll be a happy Martian camper. And, really, I’ll be doing the whole planet a favor: more dead enemies means fewer mouths gulping down the planet’s limited water resources.

I’m getting ahead of myself, though: the PC version of Mars: War Logs will be available sometime next month, with PlayStation Network and Xbox Live Arcade ports following suit at an as-yet-undetermined time.