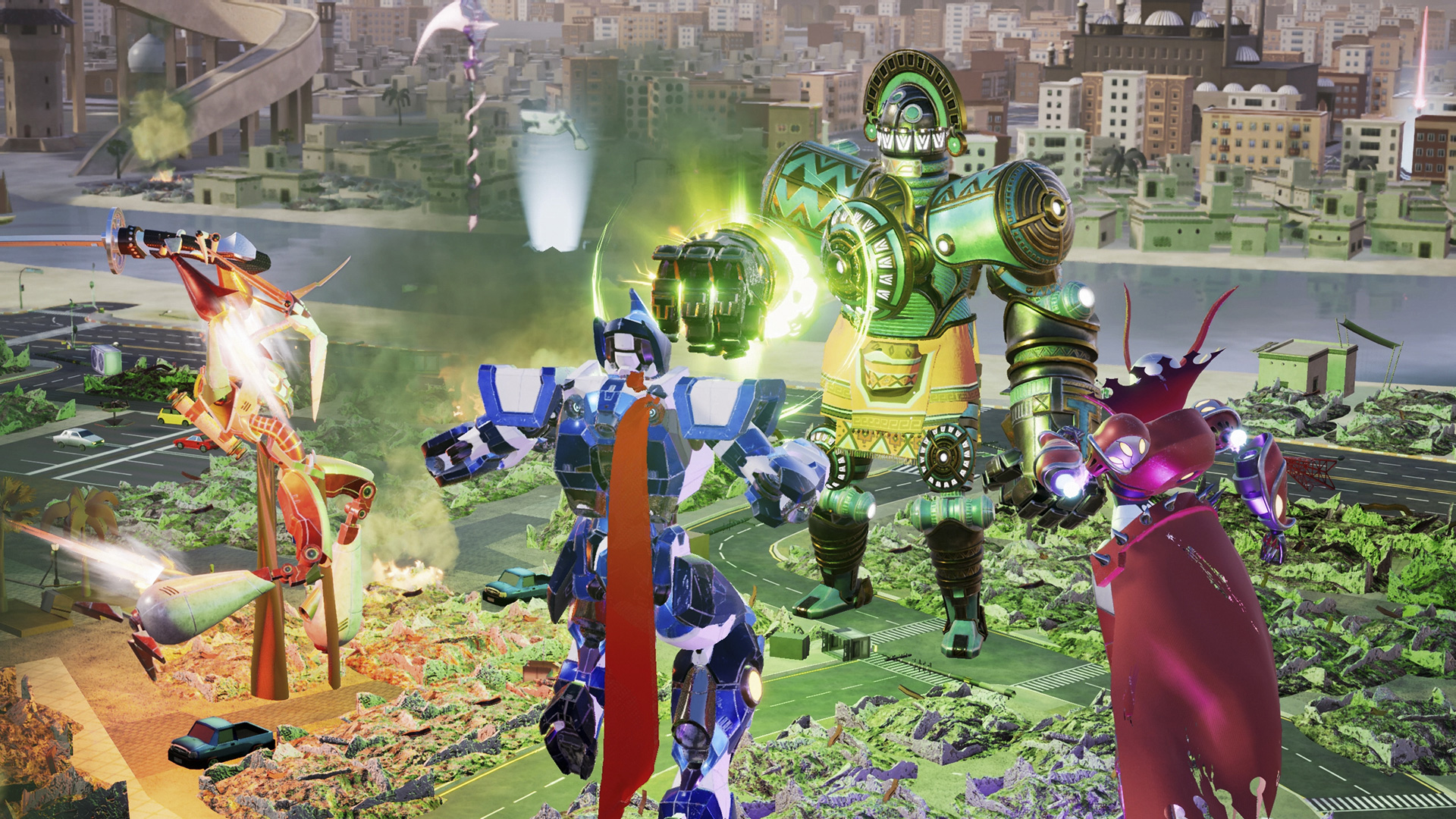 Especially considering the digital version will only be $30

Three months later, I’m still not sure which of the 12 mechanical fighters in Override: Mech City Brawl I should call dibs on. One of ’em uses a bow (!), but another looks like a T-Rex. Decisions, decisions…

Today’s trailer runs through the 3D brawler’s bullet points, a few of which are worth highlighting.

Aside from a look at customizable skins, we’re also shown a glimpse of the story mode which will have you facing off against other mechs and also invading aliens. The long-term draw of Override will be multiplayer, of course, but it’s crucial they offer some sort of single-player campaign.

Also, while it’ll probably be a novelty at best, I’m still very into the multiple-players-in-one-mech party mode that gives you and your pals individual control of the legs and arms. It’s pure dumb fun.