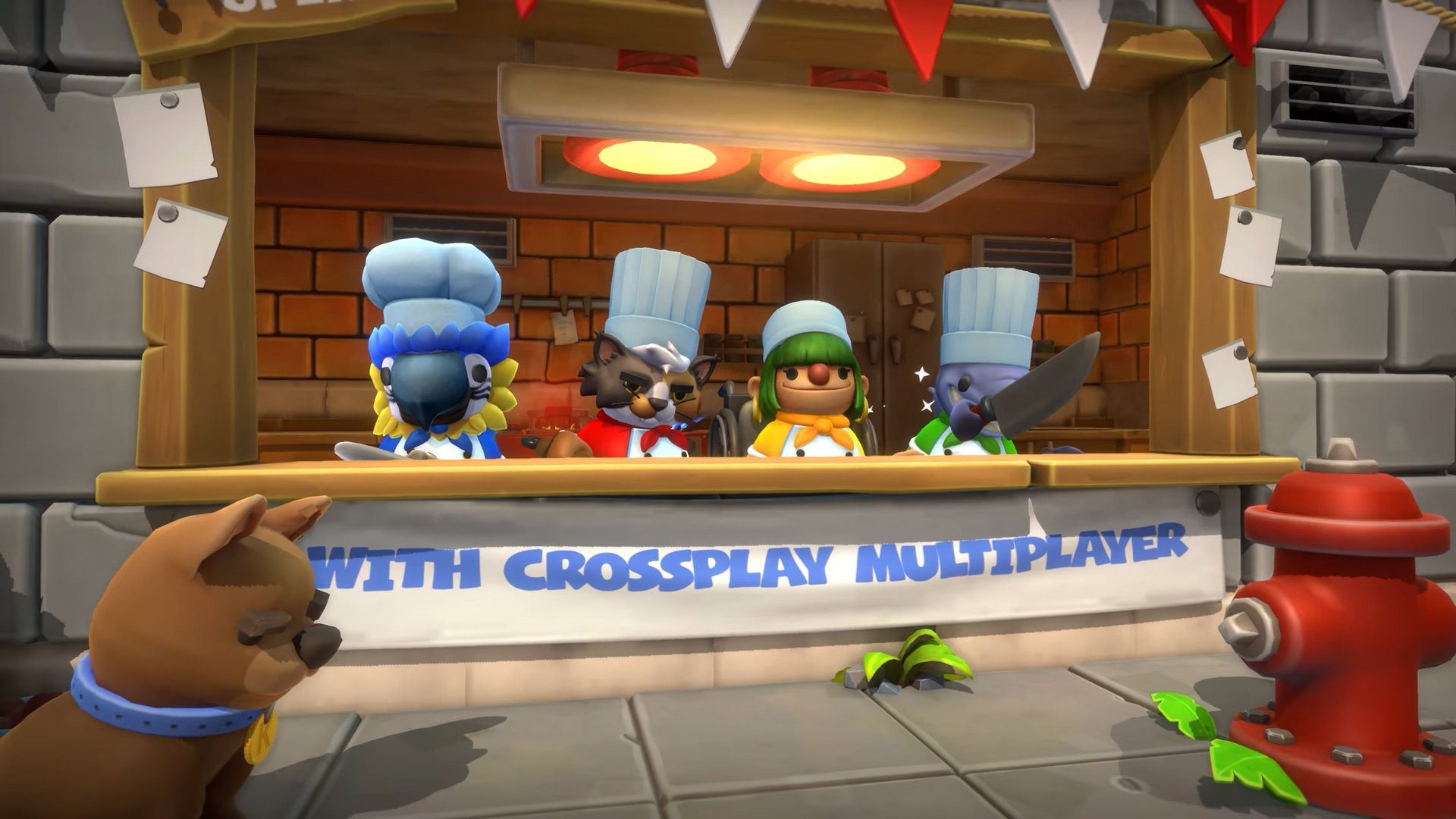 This isn’t the seemingly inevitable Overcooked 3 announcement I’ve been waiting for, but there’s no way I’ll be able to turn down Overcooked: All You Can Eat when it launches on PlayStation 5 and Xbox Series X. It’s a 4K 60FPS remaster of Overcooked and Overcooked 2 with cross-platform online multiplayer.

Ghost Town Games is promising over 200 levels and 120 playable chef characters, faster load times, and a complete rebuild of Overcooked in the Overcooked 2 engine (check the before-and-after comparisons). In terms of all-new stuff, we’re looking at seven new kitchens and three new chefs.

It’s also worth mentioning that aside from the visual overhaul, the original Overcooked lacked online multiplayer, so that’s another upgrade for PS5 and Xbox Series X. Overcooked: All You Can Eat will also have expanded accessibility features like a scalable UI, color blindness options, Dyslexia-friendly text, and the ability to slow down the expiration timer on recipes and even bypass tricky levels altogether.

I have so much love for this series – it’s one of my favorite co-op experiences ever – and I’m ready to go through it all again. The first Overcooked is still fun, to the point where I’ve gone back to replay the whole story campaign a couple of times since it came out, but the engine upgrade will go a long way.

As for Overcooked 2, after the recent Sun’s Out Buns Out update, it seems as if there’s one spot left on the Seasonal map for a new batch of levels. I wonder what theme they’ll end on.

Introducing: Overcooked! All You Can Eat [Team17]