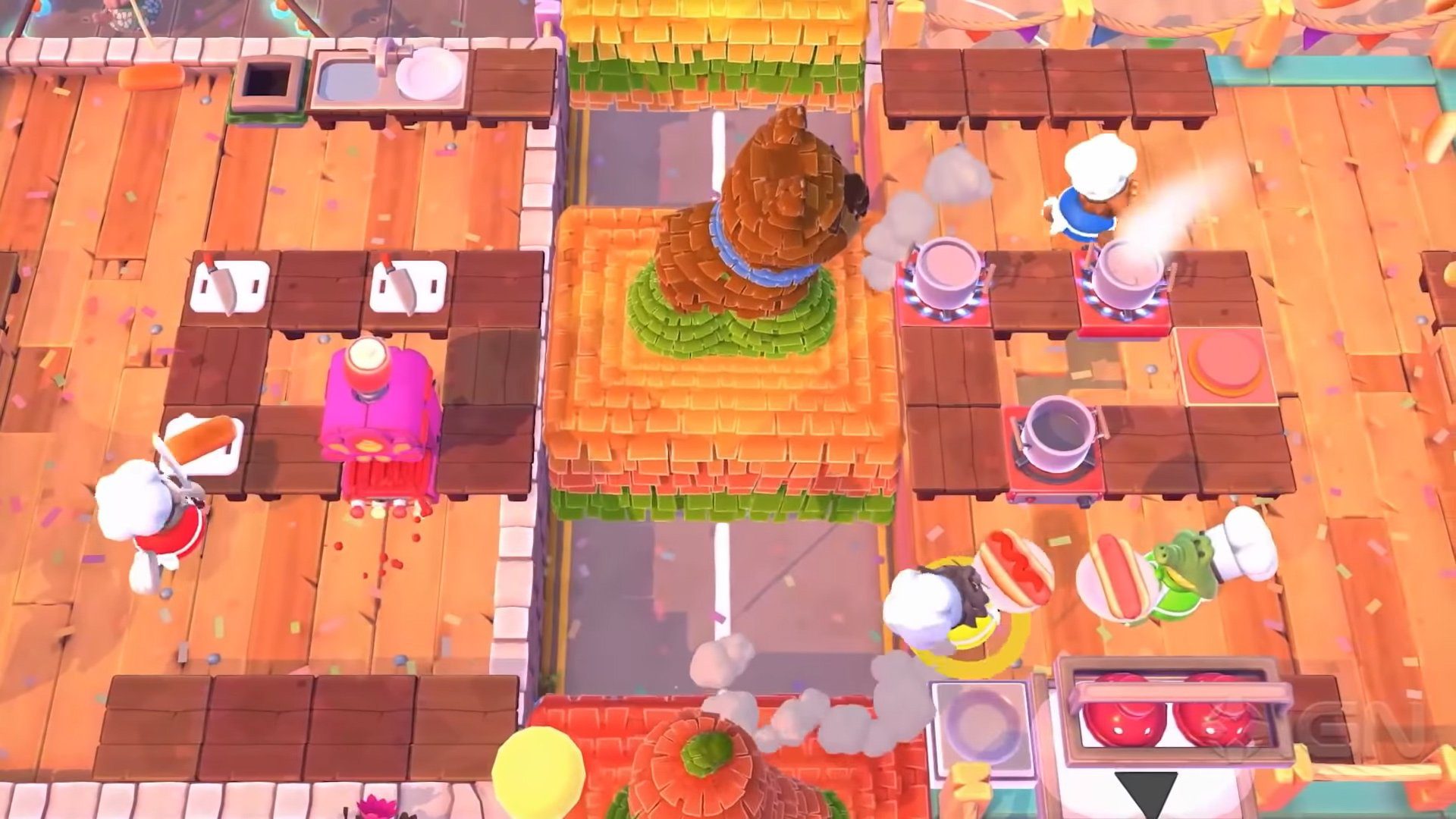 Sun’s Out Buns Out

We’ll have a new reason to boot up Overcooked 2 in July. Sun’s Out Buns Out, the latest in a string of free seasonal level packs, is coming to PC on July 5 and consoles soon after, according to IGN.

Cold drinks, corn on the cob, hot dogs, fireworks, a parade, and dispensers – there’s a lot to love. The trailer for Sun’s Out Buns Out shows five chaotic summer-themed levels and a pair of pooches.

I’m less thrilled about that one level with another dreaded joystick-controlled platform (I always struggle to keep the kitchen combo going in stages with pitfalls), but at the same time, I’d rather not breeze all the way through. I mean, it’s been a minute. I want to savor Overcooked 2 while I still can.

These free updates aren’t typically Overcooked‘s best material, but this theme is jolly, and I’m into it.