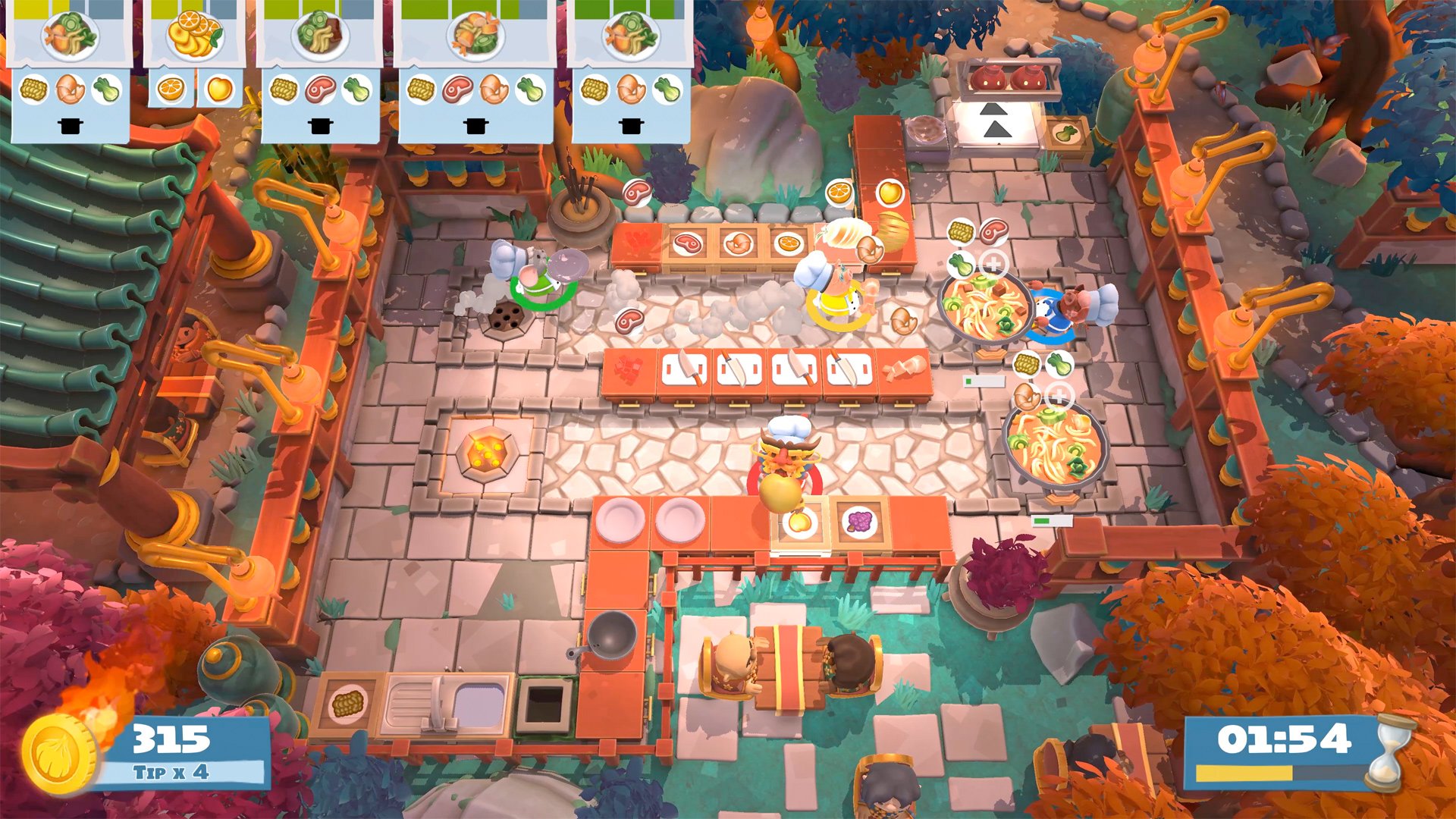 I tried keeping my expectations in check for the latest Overcooked 2 update, but that has proven unnecessary. Not only has Ghost Town Games added seven levels themed around Chinese New Year, it’s also included a Survival Mode in which every meal you deliver adds precious seconds to the clock.

Oh, and did I mention it’s free? The Chinese New Year update is live on PC, PS4, Xbox One, and Switch.

There’s a roaming dragon to avoid, and based on how we handled some of the environmental threats in Overcooked 2‘s Surf ‘n’ Turf DLC, I am deeply afraid. In line with the traditional theme, the new recipes are hot pot and a fruit platter while the new playable chefs are a Chinese dragon and a pig.

As for Survival Mode, it’s another chance to revisit all the existing levels. Ghost Town has also added a sorely needed Replay option so players can jump back into a kitchen right from the results screen.

In a fun coincidence, I had hot pot for the very first time this past weekend. Aside from consistently forgetting to use our designated chopsticks for handling raw ingredients, I had a blast. I wanna go back!