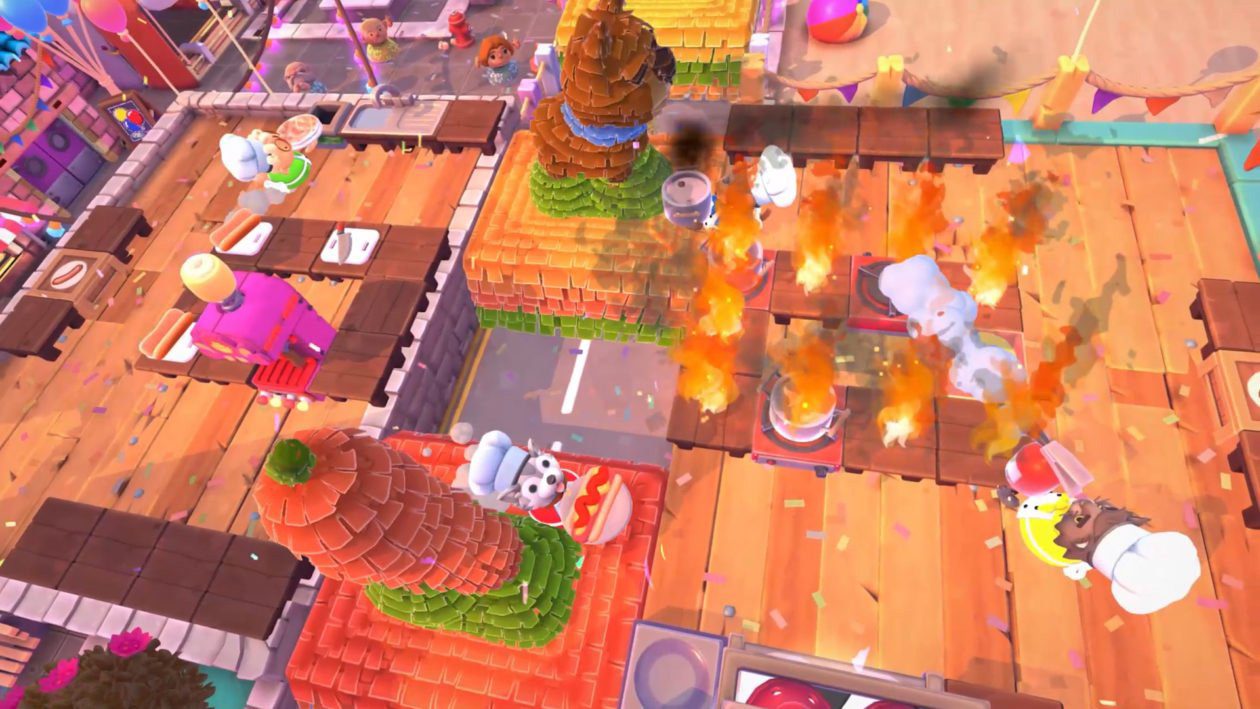 Can you feel it in the air? It’s an Overcooked 2 sorta night. The living room is gonna get heated.

After a Steam launch earlier this month, the Sun’s Out Buns Out update is ready and waiting to be played on Nintendo Switch, PS4, and Xbox One. The free level pack has hot dogs, ice cream floats, and summer salads to prep while fireworks and parade floats do their best to frazzle your team. The fireworks shoot off at random and clog the kitchen, so you’ll want to have a fire extinguisher handy.

After updating Overcooked 2, you’ll find these levels tucked in the Seasonal Updates menu. The scoring threshold for three stars is surprisingly low on most of them, for better or worse. They’ll go by quick.

I have a lot of rust to shake off, and I don’t want to look like an idiot sandwich.