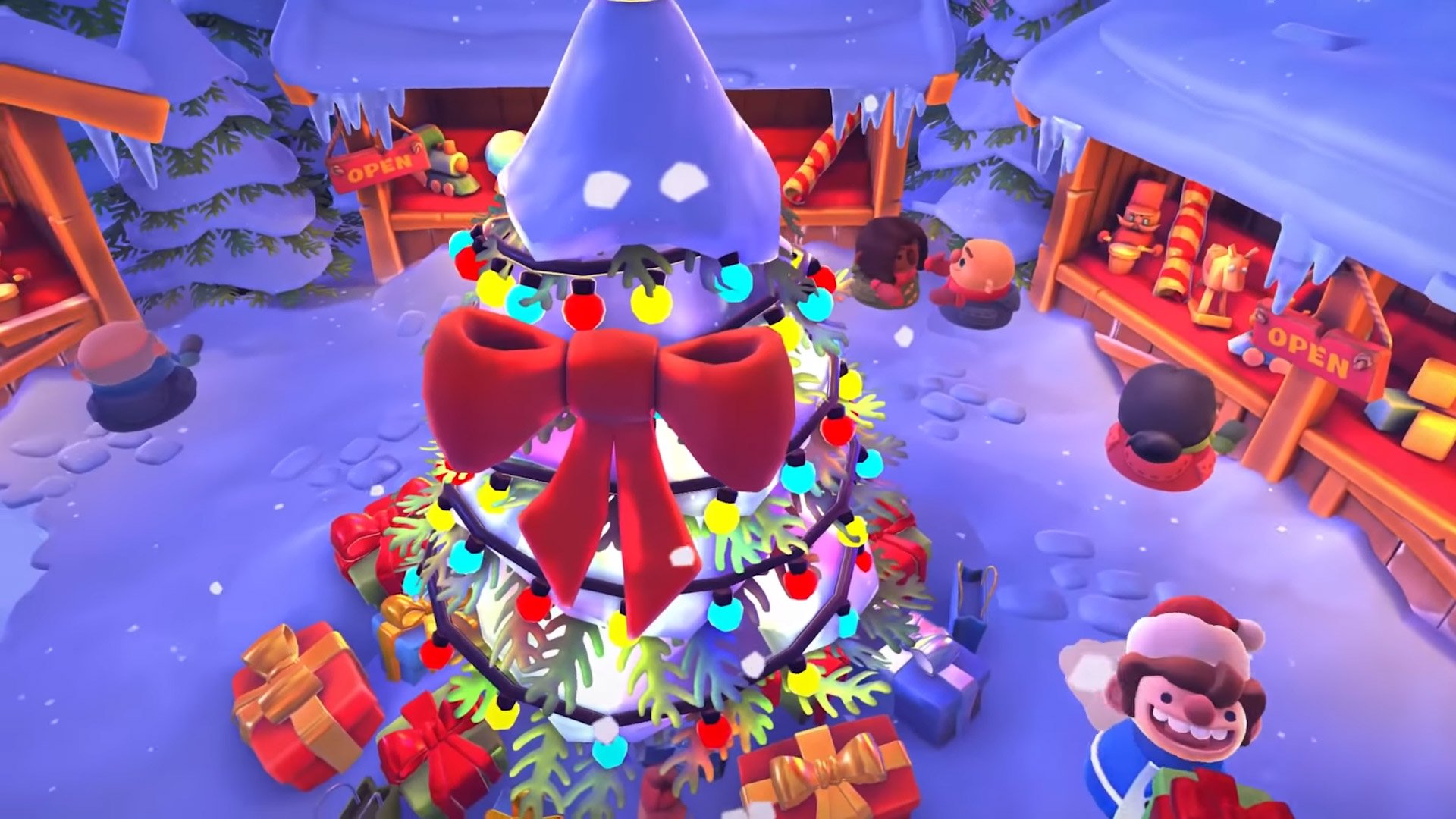 Kevin’s Christmas Cracker was a pleasant surprise for Overcooked 2 fans last year, but I wasn’t expecting anything new – much less anything substantial – for the holiday 2019 season. Folks, it’s great to be wrong. Ghost Town Games has another free update planned for December.

Who could that be…?

The developers are keeping the scope a secret, but you’ll be able to download the Winter Wonderland update on December 17, 2019. That goes for PC, PlayStation 4, Xbox One, and Nintendo Switch.

For reference, last year’s holiday update brought five free levels centered around hot cocoa and mince pies. I just re-played some of those stages the other day, and geez, they’re surprisingly tricky.

If this is the final update for Overcooked 2, it’ll be bittersweet. So many memories.