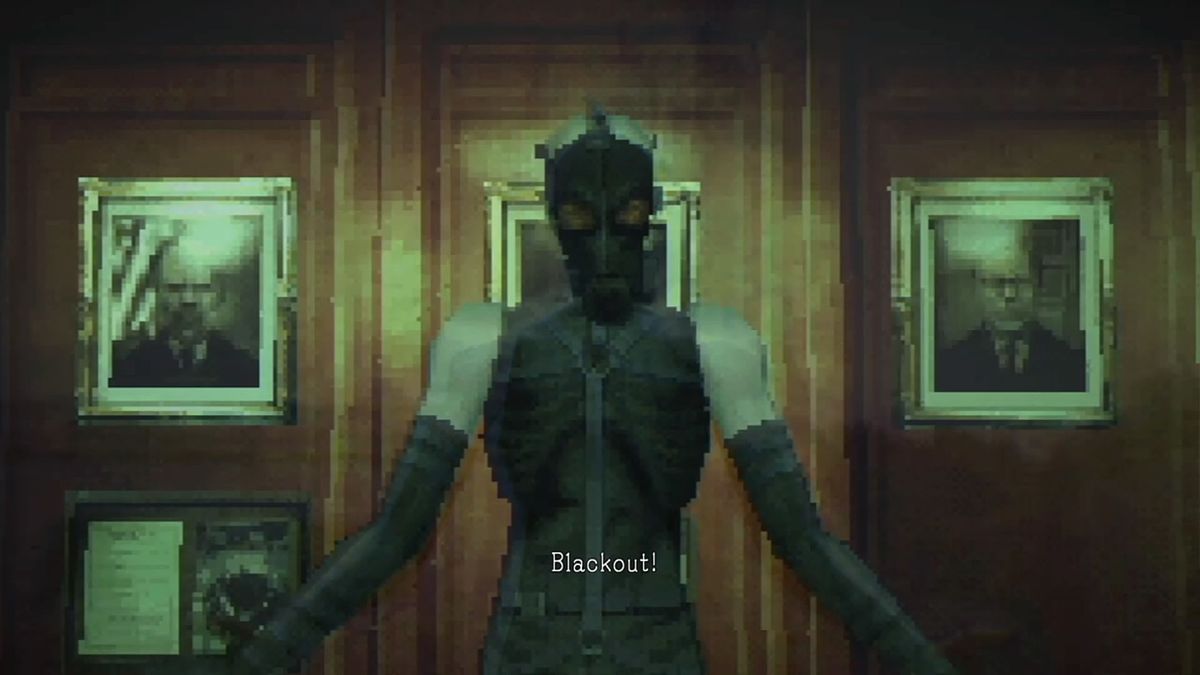 [I always considered Metal Gear Sold something of an action/suspense/horror game…and it looks like I’m not the only one! Sir Charles of Shred takes us through his childhood in having to face his fears through three key games he experienced on the original PlayStation. It’s okay, bud, Psycho Mantis freaked me the hell out – how did he know what I was doing?! Get your work featured by Destructoid by participating in this month’s spooptacular Bloggers Wanted prompt. You’ve still got a few days to participate! – Wes]

Growing up as a Nintendo kid could not have prepared me for the PlayStation when I got one for Christmas in 1998. Everything about Sony’s gaming machine was decidedly different than my previous systems. The graphics were different, the cartridges turned into CDs, and unbeknownst to me, a dramatic tonal shift occurred in my gaming sensibilities.

One of the more fortunate things about my childhood was that I was able to have a PlayStation and an N64 at the same time. I had the N64 all week at my mom’s house, and when I would see my dad on the weekends I would be able to play on the Sony PlayStation. Only being able to play PlayStation on weekends really added to the mystique; more solitary single player experiences were at my disposal, and every time I got to play a game, the feeling was that of an event. At home, in the glow of a big CRT, I was experiencing games like I never had before. The first game to really give me a wake up call was Metal Gear Solid.

Metal Gear Solid was the game that first made me feel fear – a feeling I hadn’t gotten from any video game until that point. The alert music and just the overall tension of trying to sneak around were enough to have me hooked. When Psycho Mantis pulled the “HIDEO” trick, I was terrified. My curiosity was the only thing keeping me going. Frankly, I hadn’t seen anything like MGS, and I knew the only way to see more was to keep going. Letting my dad know I was scared would have jeopardized him buying me M-rated games in the future, a situation I’m sure many kids of that era had been in.

Hideo Kojima’s PlayStation epic kept scaring me the whole way through. The trail of blood left by Ninja down that hallway was a visceral thrill that left young Shredder awestruck. When Ocelot told me my turbo controller wouldn’t work, and that my physical gaming skills were the only things keeping me from life or death, terror filled my heart. After some perseverance, I was able to get through the torture sequence. Getting past Ocelot eventually led to the moment that Otacon let me in on a secret: The four people that stole the stealth camo were in the elevator with me the whole time!

My reaction at the time was akin to the following lyrics from Michael Jackson’s “Thriller”: “You try to scream/but terror takes the sound before you make it.” In a panic, I was somehow able to beat this part on the first try, and for the first time, I actually had to shut the game off after a sequence – the intensity was too much for a young shredder to handle. If I didn’t get through that part on the first try, I don’t know if I would have been able to get through it at all. Beating MGS was one of my proudest gaming achievements at the time, due in large part to my own willpower. While other games had tested my skill, none of them pushed me to fight my own fears quite the way this one did.

Shortly after this, two more PlayStation games would frighten me to my very core and change my gaming interests forever: Diablo and DOOM.

A faithful trip up to my grandparents’ house changed my life forever. See, there was this small video store we used to rent from whenever we would go up there. I’d be able to get some Super Nintendo games to play while the rest of the family watched a movie. One weekend I was sick, and my dad offered to go to the video store to get me a game that I could play while I recovered from the flu. At the video store, my dad asked for some game recommendations, and he came back with DOOM and Diablo.

This was fear on an entirely different level. In hindsight, both of these games have a lot in common: One man against waves of enemies, demonic themes, and, most importantly, dread. That feeling you get when you don’t know what’s gonna be behind the next door or around the next corner. The next threat was always on its way. With Metal Gear, controlling Solid Snake led me to believe I could take on any challenge; but this time all I had was my own wits.

The enemies in these games were unrelenting, giving chase until one of us was dead. I’ll never forget finding The Butcher on the second level of The Cathedral. He came at me with incredible speed and power, to the point where all I could do was run. Back over in Doom, seeing the injured face of Doomguy at the bottom of my screen was enough to keep that fear in me, because dying meant I would lose all of my weapons as well. In both of these games, death had hard consequences. Fighting against the hordes of Hell in both of these games pushed me to my limits.

One thing that I learned through all three of these masterpieces was to keep pushing forward. There’s an old saying: “To get through Hell, you must go through Hell.” While this is true from a literal standpoint, this saying is very true from a metaphorical standpoint as well. The way I got through these games was to go through Hell. As more time passes, that saying applies to all aspects of life. To think, video games were teaching me that the more I practiced and persevered, the better the results would be. In Metal Gear, I was rewarded with a tremendous story. In Doom, I knew I’d sent the beast back to hell. In Diablo…I got the warrior ending, so I just became that which I feared.