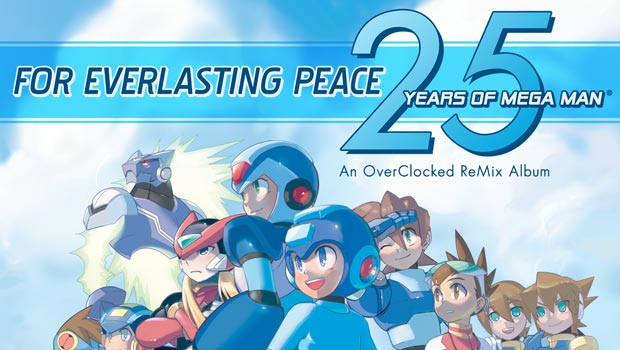 OverClocked ReMix has already made it big in our books, contributing to the Video Games Live concert series and creating the soundtrack for Capcom’s Super Street Fighter II Turbo HD Remix. On that latter front, OCR has taken things to an all new level with the release of their first commercial album, tagging up with Capcom with a remix album that commemorates Mega Man’s 25th anniversary: For Everlasting Peace: 25 Years of Mega Man.

The album is available in digital and physical formats, with over 80 minutes of music spanning two discs and touching on the first game of each series (original, X, Zero, ZX, Legends, Battle Network, and Star Force). You can stream the entire thing on their official site or or dish out $9.99 for the digital album of $17.99 for the physical.

It looks like Capcom had a lot of music up its sleeves to celebrate Mega Man’s 25th. Will you be picking it up?