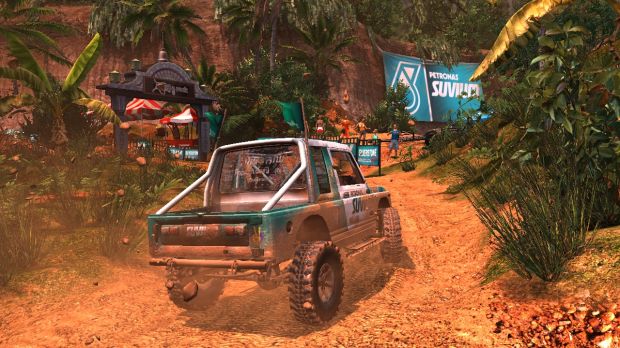 At the recent 1C event at the Russian Consulate in San Francisco, we saw a return of some older titles just about to make their debut. However, one of the new titles brought forth was Off-Road Drive. Developed by 1C-Avalon and coming out in Q4 of this year, Off-Road Drive actually has some interesting components that make it more than a typical muddy racer.

Billed as an “off-road simulation”, Off-Road Drive is like one of those incredibly fascinating yet entirely bizarre four-wheel challenges that basic cable stations show on Saturday afternoons. What these trucks are capable of include driving up and over huge boulder, plowing through huge pits of deep sand or mud, or many other difficult challenges. To deal with these obstacles, players have to lower and raise gears, toss out a winch to a tree to pull the truck along, shifting tire pressure, clinometers, or even locking front a real differentials.

Courses are more than your typical large tracks, as they tend to focus more on obstacles than speed. From the few levels I was shown, speed and grip, coupled with inertia and smart approach to each obstacle, is the best way to get a quick race time. The game almost feels like a version of an obstacle course, but you have to constantly be figuring out how to not get stuck. I’ve been told that each tread of the tires will make a dig in the dirt, and this will influence other racers and yourself, and flung mud and gravel can damage other racers.