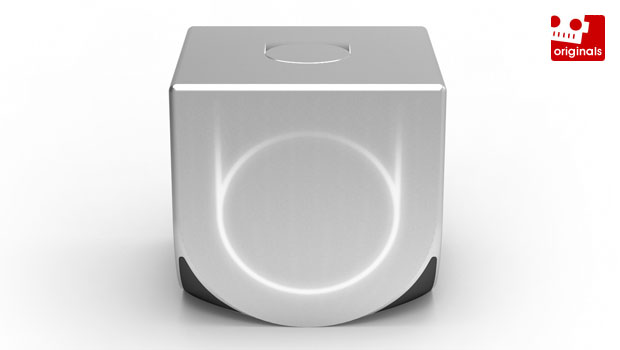 The OUYA console has generated a lot of discussion in the week since it was unveiled, and no small amount of controversy to boot. The Android-powered system hoped to raise funds via Kickstarter and had its wish granted in a stunning amount of time — at the time of writing, OUYA has raised $4,895,999 … with a goal of $950,000 and 23 days to go!

After the first day of fundraising, however, cynicism kicked in. The console has been accused of potentially “scamming” users, while Ben Kuchera of Penny Arcade wrote a very skeptical article urging users to be cautious. Opinions are divided, with some hoping to trust the developers, and others planning to keep well away.

I went straight to the source of the debate — chiefly developer CEO Julie Uhrman — to discuss the potential of OUYA, the plans for its future, and whether or not the accusations leveled against the project are worth considering. 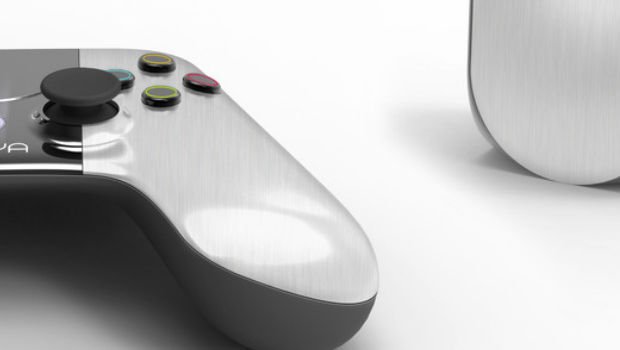 “I love games,” Uhrman said when I first asked what drove the development of OUYA, “but I especially love TV games. I don’t think anything can compare to the lean-back, take-it all-in of playing games on a big screen with great HD graphics and mind-blowing sound. I was frustrated to see other game screens gaining ground because those platforms were more open to developers. From my perspective, we were witnessing some of the best and most creative minds in game design abandoning consoles as they shifted focus to mobile and social platforms.”

“Then I saw another device using Android as an embedded operating system, and thought —
huh — maybe that could work for a game console. The more I thought about it, the better it sounded. And when I spoke to other people in the industry, they felt like I was on to something.”

The concept of the system seems to run counter to the way console gaming traditionally operates. While Sony and Microsoft jealously guard their consoles, OUYA will gladly let you hack it without voiding your warranty. Closed systems and digital rights management have no place with this device, and gamers have embraced the concept. However, was that OUYA’s goal? A statement against current console models. Apparently not.

“No, our intent is just to make a great game console,” Uhrman responded. “It just happens that many of the things that make OUYA great — its openness, affordable price — also make it unique among game consoles. We’re okay with that. We don’t think consoles are dead, but we do think that it’s time to challenge some of the basic assumptions that have guided the thinking of the console makers until now. Who says it can’t be done differently?”

One thing that’s caused concern is the idea of OUYA as an open, hackable device, and how other developers will view that. After all, can you imagine some of the major publishers flocking to a system where users can tinker around with its innards? Companies currently put DRM into DRM-protected games, they’re that paranoid. Nevertheless, Julie remains unworried.

“Many great developers and publishers are already putting their content on Android devices — and OUYA will be just as secure. The openness is really in comparison to other alternatives for getting games onto a console. Developers making games for OUYA will find that the submissions and publishing process is straightforward and transparent, OUYA presents a clear 70/30 revenue split, developers can determine how to price and monetize their games as long as a component of the game is free to play. OUYA is a more open system than what we’ve traditionally seen in the console market place.”

Uhrman added that OUYA is built with developers in mind, that the platform holder respects games as an art form and, therefore, wants to make it as easy as possible to have studios publisher their games. The removal of barriers seen in other systems is intended to promote a broader, more diverse range of content, something that the CEO deems “very exciting.” 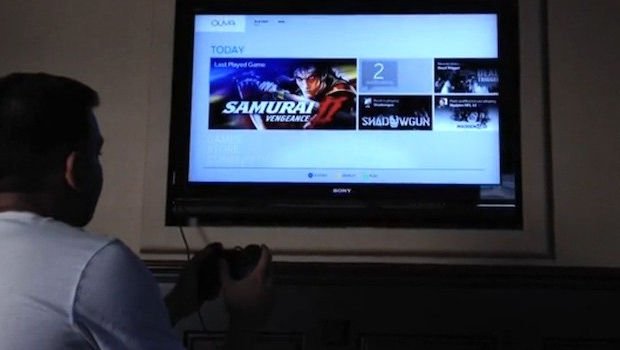 An interesting aspect of OUYA is the addition of a controller, a unique feature for a system that mainly publishes touch-controlled games.

“Yes, the controller is a big change — and an essential one,” emphasized Urhman. “Games designed for touch will still work on OUYA — because our controller is designed with a touchpad. But we expect many developers will want to take advantage of the responsiveness and precision of a true game controller. And, some of the designers we’ve spoken with believe that our controller might inspire new types of gameplay.”

The controller aspect was one of many issues Ben Kuchera had with the console when he wrote about it, and his thoughts echo the sentiment of a few other pundits in the media. I asked Julie how she’s been addressing these concerns, and what she made in particular of Ben’s assessment.

“I don’t really want to give him any more attention because I feel like his premise was off — he seemed to be wanting to review us like a final product on the market and we have been very clear that this is a product in development,” she stated. “Kickstarter will provide us with the resources we need to bring OUYA to market. In essence we will use Kickstarter to make our dream — which is now shared with almost 40,000 Kickstarter backers — a reality.“

“We agree with the skeptics who say that the proof is in the pudding — we will prove ourselves when we have a real product in people’s hands. We know we can deliver. But for now, we have a real functional prototype (we show it playing Shadowgun in our video). We also have a real business model which we have made incredibly clear — we can produce our consoles at the price we are asking, and we will share revenue on games with developers (just like mobile and social games work today). And it’s worth noting that Notch, personally made a generous donation to our Kickstarter campaign on day one.”

“Ultimately, my take on Ben Kuchera’s article was that he was reacting to all the positive attention that we had received from the media and the support we got on Kickstarter, and wanted to kick the tires a bit. And maybe he didn’t give the Kickstarter audience credit for understanding that this was a project in development, although from the comments we received on our page, I think that’s selling those backers short.”

Urhman further adds that the team “presented exactly what [they’re] going to deliver,” although the pressure is definitely felt to give backers what they’re expecting. Part of that has been in gathering community feedback, as was seen with a survey asking players what games they’d like to see supported. Some of the titles suggested — Battlefield and Mass Effect to name but two — seemed a little too ambitious, but OUYA is planning to be a powerful little machine.

“See the Tegra 3 video we linked to from our Kickstarter to see just how powerful that chipset can be. And, we’ve been meeting with Nvidia to discuss strategies for maximizing it.”

“Consumer feedback is important to us. The great thing about Kickstarter is that — beyond helping us fund our project — it has allowed us to communicate with our future customers while the product is in development. We’re taking notes on everything they say and we’ve even had a survey up asking them which games they want to see. We got more than 45,000 answers, and currently have the Top 20 linked to our KS FAQ question: What kind of games will be on OUYA so that game fans can rank them. The community is setting its sights high for OUYA, and our role is to deliver a console capable of supporting a great gaming experience. We are laser focused on doing that.” 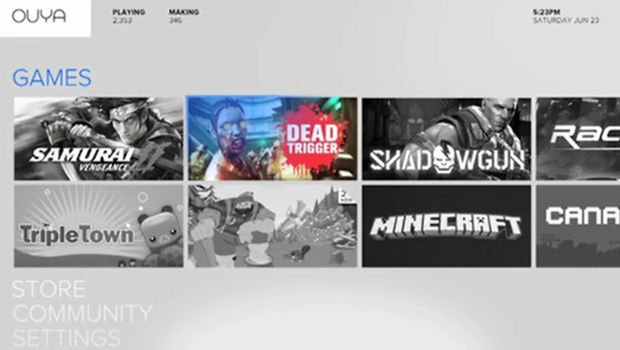 So what’s the current plan with OUYA, now that it’s had its funding generously topped and scrutinizing eyes are trained on the results? Right now, the team plans to “stay the course” and work on producing the system. Julie proudly names supporters including Brian Fargo and Adam Saltsman, and clearly is very excited by the system’s potential. Whether this system bears fruit or becomes a warning sign for future Kickstarter projects remains to be seen, but I’m fascinated by the whole thing and certainly hope to see something successful happen.

“You can’t attract that caliber of interest without being on to something,” boasts Julie.

I certainly hope so.