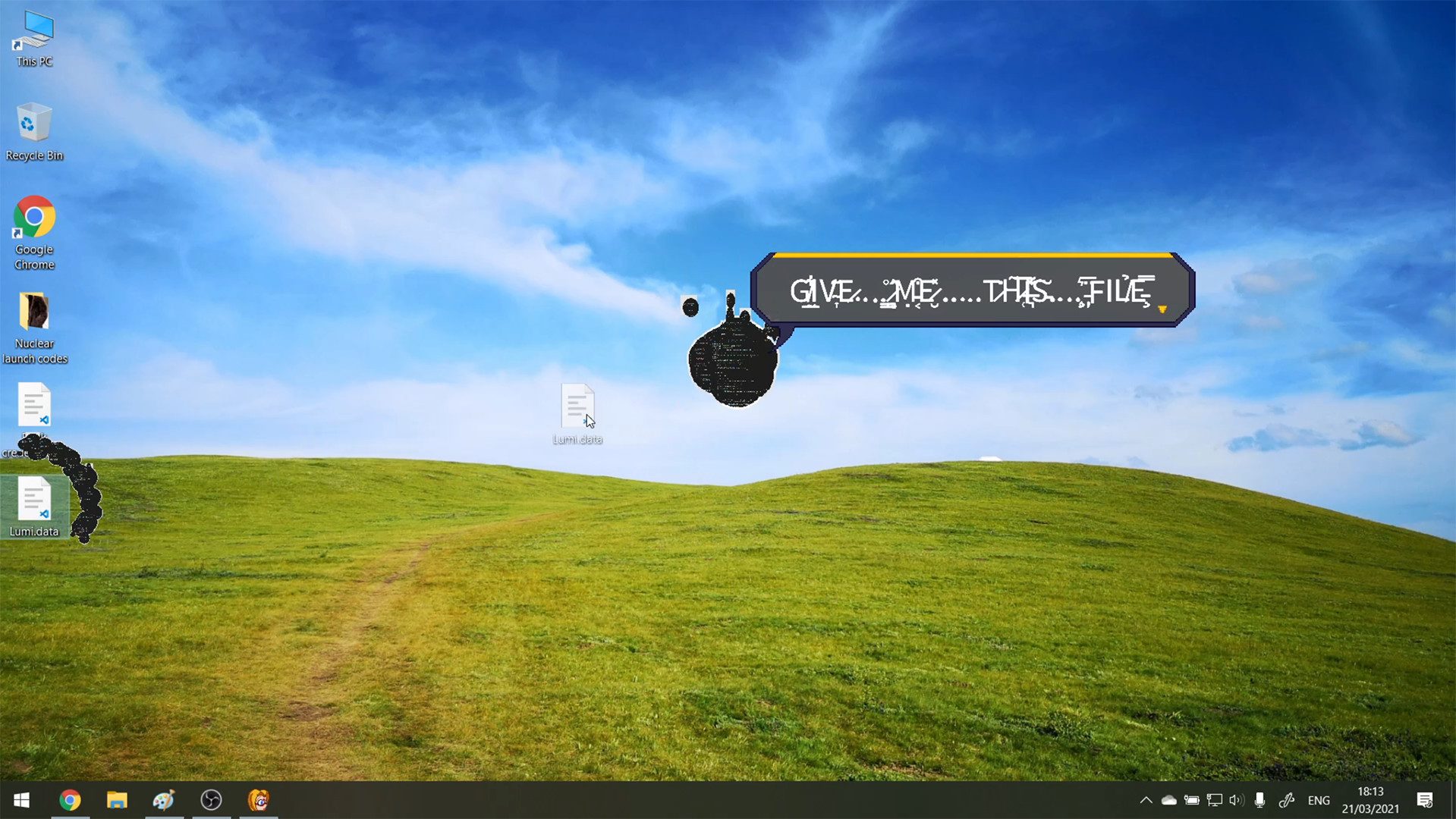 When a game takes over your desktop, literally

I have some fond memories of those old games that let you mess with and even destroy your desktop. It’s a cool little breaking-of-the-wall that makes all those computer files feel a bit more tangible, and Outcore: Desktop Adventure seems like it’s aiming to mess with those walls too.

Outcore: Desktop Adventure, from developer Doctor Shinobi, is a name I’d seen pop up a few times both on social media and again over the weekend as part of the r/Games Indie Sunday feature. So I took a look and found a pretty rad indie game that’s using your desktop as a play area.

A video game girl is hanging out on your desktop computer screen, with no memory of how or why, and to find out you’ll have to restore her memory files. Those files just so happen to be scattered around your computer, and solving them will require the use of programs. Here’s an example from the developer of using MS Paint to solve a puzzle:

It’s a clever-looking game that seems like it might also be hiding something a little sinister, if we read into parts of that trailer. Maybe a little bit of Pony Island vibes?

Outcore Desktop Adventure is currently aiming for a 2022 launch, but there’s both a Steam demo available right now and a wishlist option, which does help out devs if you’re interested in seeing the full launch version. You can find both of those on the Outcore: Desktop Adventure Steam store page here. You can also follow their Twitter and Discord for updates.