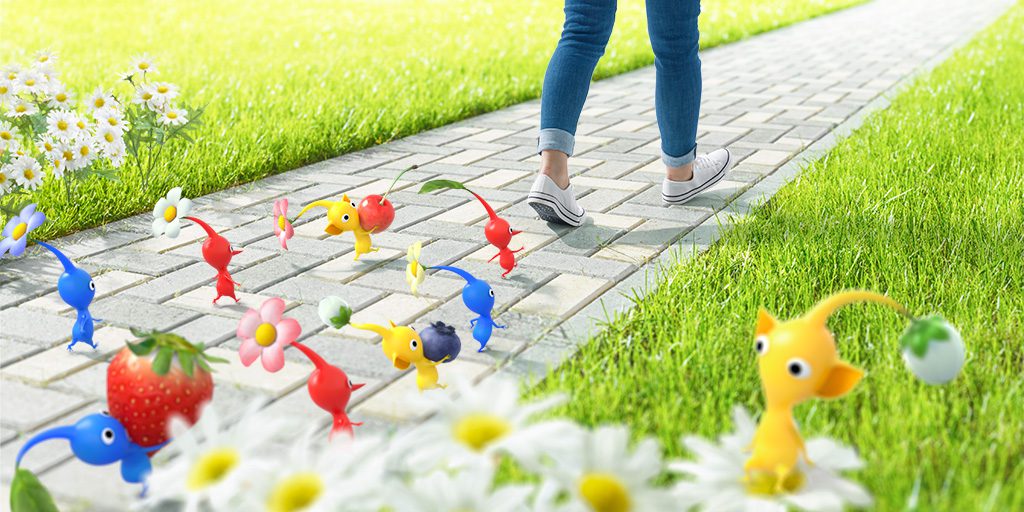 ‘The first in a series of apps’ co-developed by Nintendo and Niantic is none other than… Pikmin?!

Pikmin 4 is still nothing more than a distant dream, but Shigeru Miyamoto can’t truly abandon his tiny alien plant children. The next game in the series after Pikmin 3 Deluxe is another offshoot: an as-yet-unnamed Pikmin mobile game that’s being co-developed by Nintendo and Niantic Tokyo Studio.

Most people associate Niantic with the monstrous Pokémon Go, and that’s not changing anytime soon – but Nintendo wants to branch out with more AR-fueled games for its “beloved characters.”

This new Pikmin game is “the first in a series of apps that the two companies will develop together,” according to a press release, and it’s built to “encourage walking and make the activity more enjoyable.”

The companies didn’t release any screenshots yet, but there’s a sign-up page with artwork. You know I had to pre-register as soon as I saw it. Pikmin is my jam, even in lean times. I’ll take just about anything.

“Niantic’s AR technology has made it possible for us to experience the world as if Pikmin are secretly living all around us,” Shigeru Miyamoto said in a very on-brand press statement. “Based on the theme of making walking fun, our mission is to provide people a new experience that’s different from traditional games. We hope that the Pikmin and this app will become a partner in your life.”

The Pikmin app will release “globally later in 2021,” though specific platforms weren’t mentioned yet.

“As we continue to expand our games portfolio, it was a natural next step to team up with Nintendo,” said Niantic CEO John Hanke. “We’re looking forward to shaping the future of AR together, bringing Nintendo’s beloved game characters to life for mobile game players around the world.”

I’ll go on hikes with Pikmin, let Pokémon lull me to sleep, and dream about treasure with Wario.