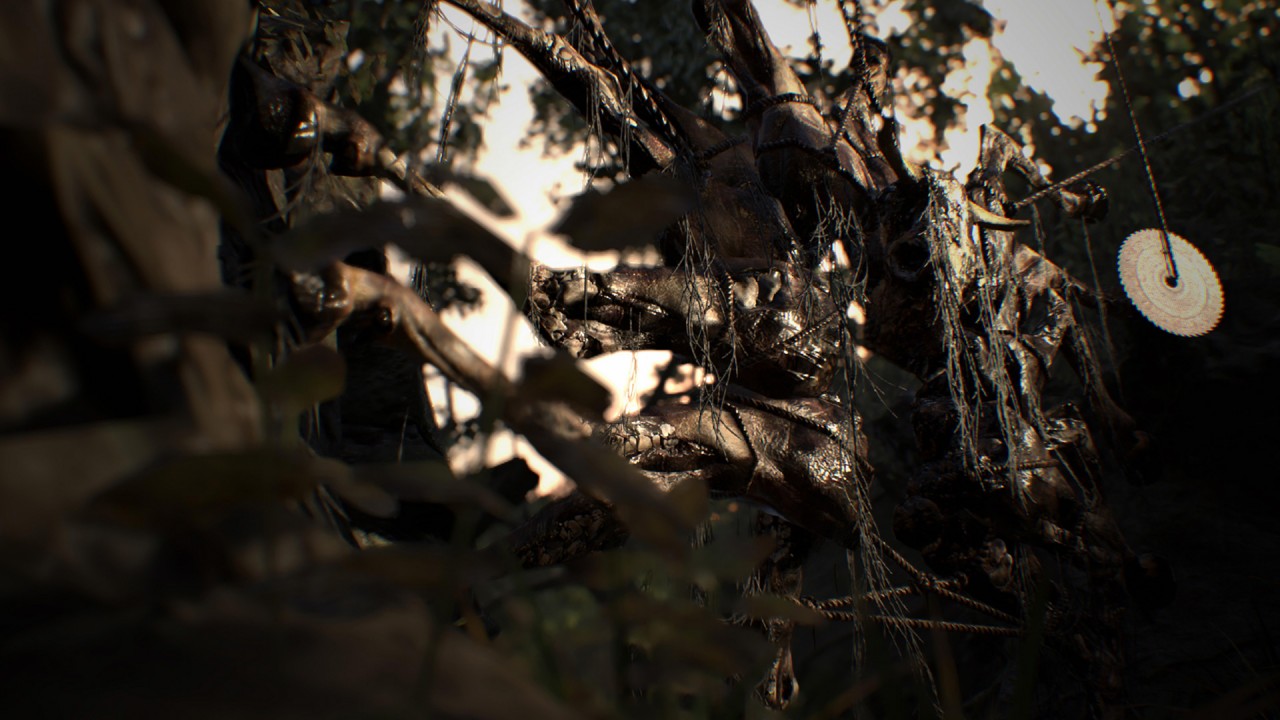 It’s no secret that I’m excited as hell about Resident Evil 7. I was already gushing with enthusiasm by what I saw at E3, but the small teasers that Capcom has been releasing in this last month have me quivering like a huge goofball. It seems like the developer may have read my self-described “brilliant” article about keeping secrets in horror games — please read it and affirm me, I need this — as the game is releasing in two months and we still hardly know anything about it. The most recent tiny teaser spotted by the omniscient Wario64 shows our first look at an actual monster (yeah, I’m sure Baker’s skin will rip off and he’ll turn into some Nemesis-lookin’ thing, but that doesn’t count).

Nasty! I like it. The second (last?) teaser in the series shows a nice old lady singing in her wheelchair. I’m sure she’s great and has nothing at all terrifying about her. No secret tentacles anywhere, nope. At the end of the video is a nice bonus: another update to the demo will be releasing early on in December. Soon I’ll be jumping and hitting every wooden surface with an axe again, eager to share any secrets I encounter with the Internet. Between this and item boxes returning, I am a happy man.