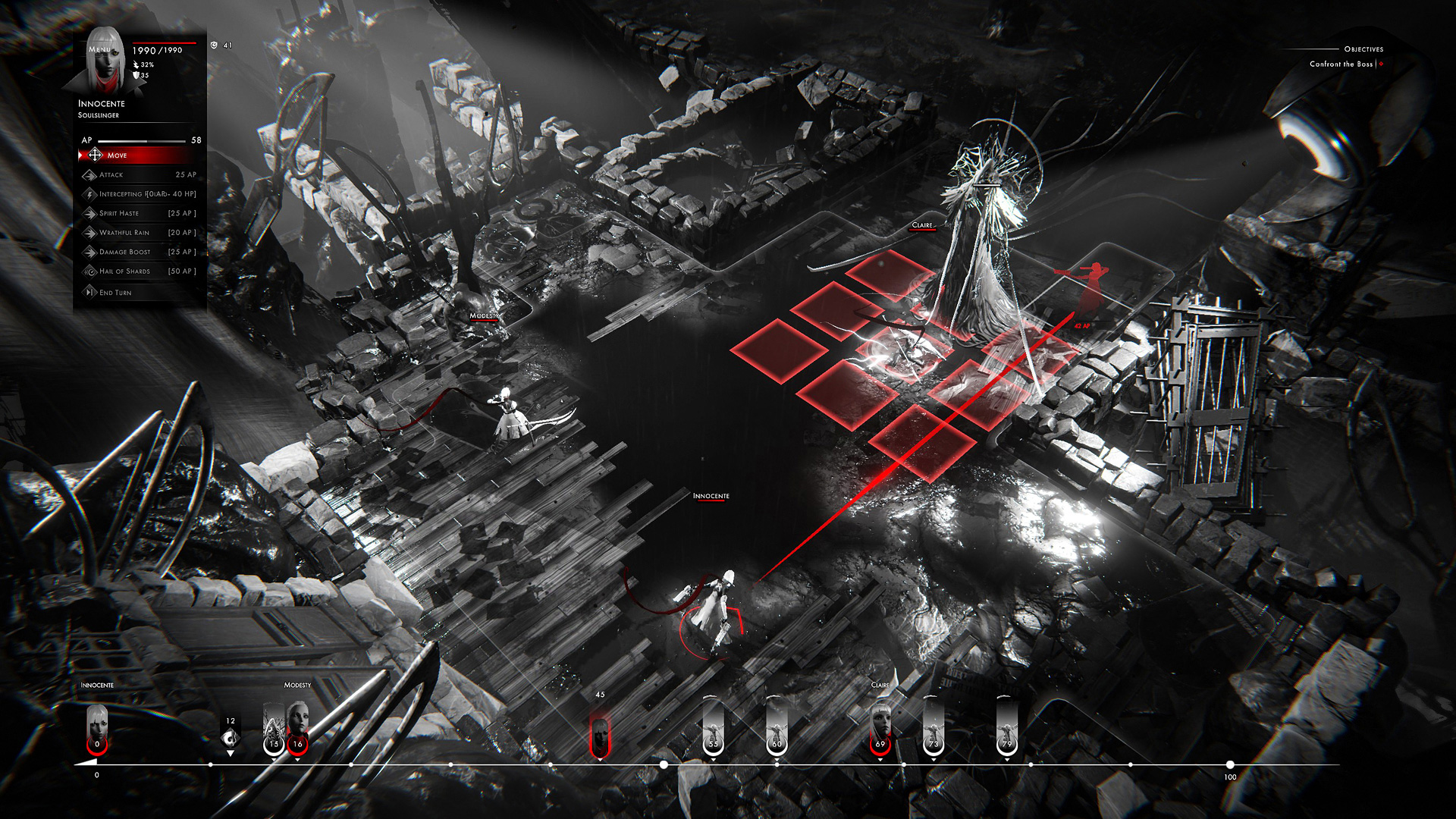 I don’t know what I’m even looking at here, but it’s cool

I can’t say I’ve ever seen a tactical role-playing game that looks like Othercide.

It’s committing hard to its black, white, and red aesthetic, and the subject matter – a war between Daughters, the “echoes of the greatest warrior to ever live,” and Others, “dread creatures pulled from the worst of humanity’s crimes” – is hard to pin down. It’s all very abstract, but it sure is neat.

The cinematic trailer raises more questions than it answers, but the screenshots are more familiar.

Mechanically speaking, battles are turn-based and run on a timeline system. If you play your cards right, it’s possible to interrupt attacks and intentionally delay your move to set up a chain, among other tricks. There’s also a skill system, “roguelite features” including permadeath, and talk of “limited resources.”

“Inevitably, you’ll need to make the toughest decision and sacrifice one of your Daughters to heal another – survivors will get stronger, ready to fight the next battle,” according to the creator, Lightbulb Crew. The team is looking to “test both your skills and sanity,” so it’s bound to be nerve-wracking.

I’m not quite sure what to make of Othercide yet, but I like that it’s out here doing its own thing. The game is coming to PC, PlayStation 4, and Xbox One this summer from Focus Home Interactive.