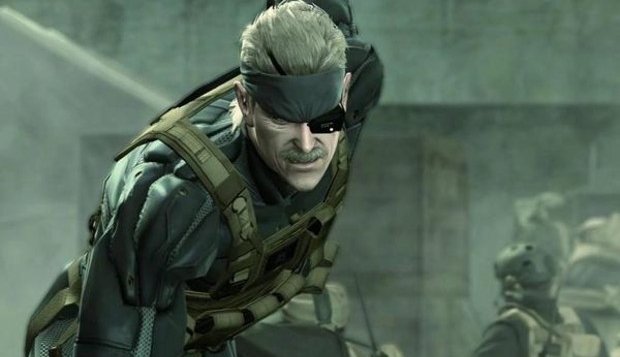 Ow! My damn back is killing me! Where’s my damn medicine? I said, where’s the damn medicine, Otacon? I swear, if you weren’t my — What? We’re live? Ugh, all right. Lemme just get this back brace on …

Look folks, I don’t know why you want to know more about The Middle East. I’m not gonna lie: it’s hot, it’s sweaty, and it really makes this suit feel sticky all over my body. It’s actually starting to make me miss the bone-chilling cold of Alaska. Sure, the wind whips to and fro, getting sand in your eyes and sometimes giving your position away to enhanced PMC soldiers with a keen sense of smell if you’re not careful. I’m wondering why any sane man would want to live in this hellhole where one single misstep could be your last.

Of course, I haven’t even touched that fact that it seems every single healthy adult drags around some kind of rifle with them, or the fact that they all seem to be really pissed off at me when I’m just trying to kill one single bastard who’s just as bad as the people who constantly stab them in the back. I could care less about killing them, but Otacon’s always whining about how “we’re not supposed to take sides in this war.” Maybe he should be down here instead of me, see how much he maintains his neutrality when everyone within 15 miles wants him dead because one single soldier in the distance managed to spot him crawling towards the enemy base even with the damn Octo-Camo rendering him nearly invisible.

[Editor’s note: Spoilers regarding some of MGS 4’s plot below. You’ve been warned.]

Anyways, “The Middle East” seems to be a popular locale in video games. There’s always some swarthy figure lurking around with an AK and absolutely none of them want to talk or negotiate. You think they’d be happier now that several private paramilitary contractors have decided to take up residence in their town and fight each other for no reason other than so some shadowy figures can get rich. After all, there is no God and no religion in this world but War. And War is changing right before my old, decripit eyes. But noooo, they simply fight for their lives against the PMCs instead of the US military.

It used to be so simple. In other times, you knew you were the good guy and the people who took bullets to the face were the bad guys. You were making the world safe for Democracy, Freedom, and all that good stuff. Even The Middle East was just another locale, teeming with bad men who deserved everything you gave them. This US soldier (simulated from an old videogame) below probably never knew that he was just another pawn in some sick game the Patriots were running. He was simply doing his duty, never questioning his orders or the larger scheme of things until the bitter end.

So what is The Middle East now? Little more than target practice for up and coming soldiers of governments and PMC troops alike. A miniature battle arena that has become little more than a measure of pride for whichever group is invading at the time. Sure, The Middle East might have a lot of culture and history behind it, but there’s no time to appreciate such trivial things when people are trying to kill you — people being manipulated by some old, light-skinned bastard who is as much a native of this area as I am.

I also haven’t gotten around to the UN. Just as useless around here as they were in your “real” world of The Middle East. Supposedly, the Rat Patrol here was sent to keep an eye on PMC activity, but like the UN, they seem less concerned about stopping the fighting than anyone else with a gun. I don’t even think they bothered to even pull the trigger a single time until the FROGs tried to kill them along with me. Hell, I don’t know why Meryl would join up with this freakshow, but if it keeps her out of trouble then I’m all for it.

Anyways, it’s a sad state of affairs. The Middle East, once a crossroads of civilization has now been turned into its own little world where everyone wants a piece for themselves. Whether you happen to be a soldier on a mission, an evil genius looking to field-test your latest technology, a rebel fighting just to stay alive or a blood merchant looking to make a quick buck, chances are you’ll find your piece of The Middle East waiting to be exploited, and loads of faceless, hooded natives with weapons waiting to test your resolve. Don’t ask why you’re here, don’t ask about the real-world implications of what you’re doing here, just get me through this part so we can get to the real meat of the story: Fighting my not-quite-dead brother aboard his giant, sea-faring, mech-producing battleship.