While thinking of topics for this month’s Monthly Musing, lots of things came to mind. What game world struck me as so fantastic, so incredible, that it drew me into it like I was really there? What world would I inhabit if I could jump into its digital realms? Where is it that I could find something relevant to the topic, yet be different enough to stand out amongst all the Skies of Arcadia blogs?

And then it hit me. What is the one place that most of us have seen, some of us have actually been, and is completely insane?

The mind of the fanboy.

It is a place where fantasy and fact live side by side, even joining together sometimes, to form a delusional state where the fanboy can be right, even when he’s wrong. It’s a place where, instead of logic and reasoning, stone cold certainty and denial, even in the face of proof, reside. It is a place where genius and madness mate to form new combinations of insults against any and all that stand against them. Because the world IS against them, and so they must stand up for their game/system/brand and let those who would doubt them know: they are wrong. 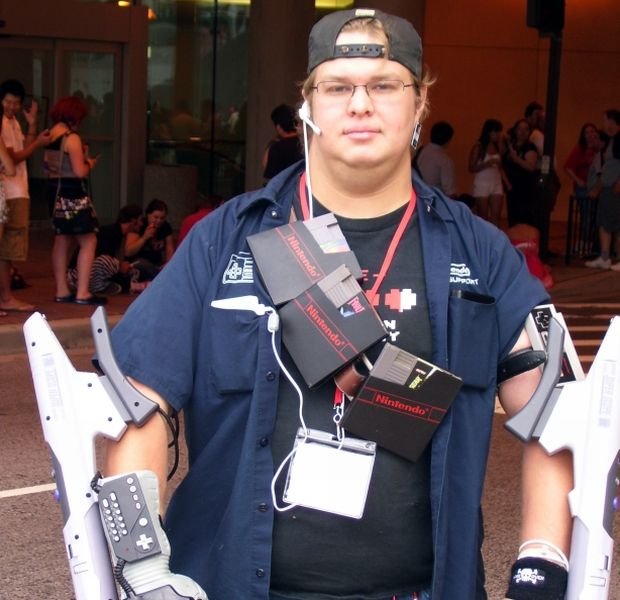 For the Nintendo fanboy, it is a world where, of course Nintendo can do no wrong. With their endless innovation, lovable mascots, and great history, it’s easy to see where they could be coming from. But the Nintendo fanboy’s world is not a place of puppies and rainbows. Oh no. It is a place under constant attack from the other quarters, a place where you’re constantly under attack from those that would place your console third, maybe even lower, on the list of what’s best. Being told over and over that you’re playing a child’s system, that it’s nothing but shovelware, that you’re supporting a company that either can’t or won’t make changes that every other system on the market out now has, that the company you have lovingly supported since your childhood has sold you down the river for a quick buck; eventually it gets into the fanboys mind and takes a grip that they’ll never be able to shake. And they lash out.

Now, back in the day I used to be a Nintendo fanboy. The only system’s I owned were Nintendo. The only gaming mag that I’d get was Nintendo Power and no amount of convincing could get me anywhere near a Sega system. Hell, some of my prejudices still remain, as I consider the SNES to still be the greatest game console out on the market.

But something happened. I actually played a Sega, saw what it could do, saw how great some of the games out on it were (I still don’t like Sonic, but that’s another tale) and gradually grew out of my “Nintendo or nothing” phase. Unfortunately, not everyone has the chance that I did, be it due to financial reasons or lack of access, so some people still have the blind loyalty to Nintendo that I used to, never realizing that others have made great strides in quality since the days of the SNES. 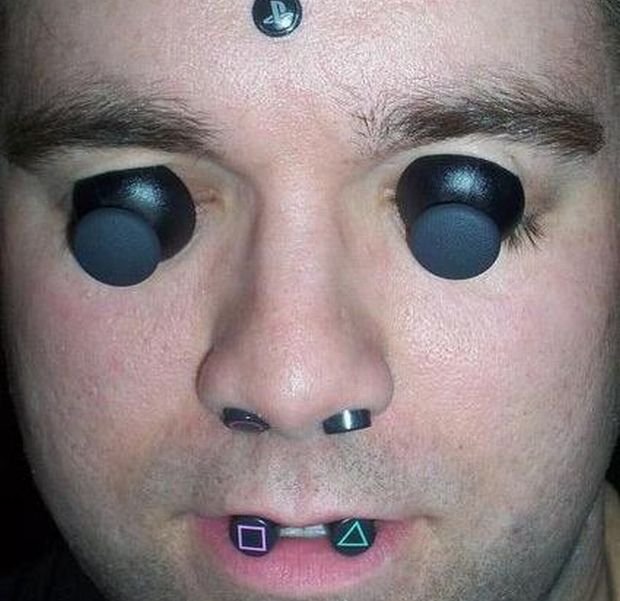 The next world would be the world where the PlayStation rules all. These fanboys are the technological masters of the universe, where there system will still be switched on and played ninety years from now, when other companies will still be trying to catch up to the raw processing power of their beast. Never mind that the company is posting losses. Never mind that Sony still hasn’t quite figured out how to market the damn thing. Never mind that that technology costs quite a pretty penny that a lot of people can’t afford.

Everyone should own one of these Blu-ray leviathans right now, or else their inadequacy is exposed to them, and soon, the rest of the forum. Sometimes I even feel for the people living in this world, as the constant barrage of “lol no games” really isn’t correct anymore, but then I read the responses back to those who attacked, and am appalled.

The second time I fell into the fanboy mindset was when the original PlayStation was released. It was heads and shoulders above what Nintendo was putting out there, the games I loved had just migrated over there, and the discs were cheap. The PlayStation 2 is still a very close second in my favorite consoles, and still houses one of the greater line-ups of games for any system ever. I finally got my grubby mitts on a PS3 about a year ago, and honestly I just don’t play it as often as I should. It has lots of good, quality games, it looks FANTASTIC, and it plays my copy of Talladega Nights real good. The only real problem I have with it is that I don’t like the controller anymore, after having my hands on the meaty 360 controller for so long, it’s hard to go back and play on the tiny PS controller. Well, that and I don’t like the two sticks so close together anymore.

The final world that we’ll visit is by far the scariest: The 360 fanboy. With correct spelling as no foe to them, with the moral stigma of homophobia and cursing not holding them back, the 360 fanboy is one of the most unreasonable, unforgiving, and non-listening members of the planet. So what if the system dies every so often? So what if Microsoft charges for their online service? So what if you can’t play a game against random people for more than five minutes without becoming so infuriated by the general ineptitude and screaming going on? It’s the greatest system of all systems because it has Halo!

The exclusives for the 360 are generally the argument back against any and all critiques. While it’s nice that you have those things to fall back on, generally speaking, the fact that most of the systems experience some sort of failure during it’s lifespan is more than a little jarring. But you will get no such admission from the fanboy.

Now, if I have any sort of fanboyish leaning, it would be towards the 360 this generation. I love my Xbox. I love my (wholly inadequate) friends list. I love the party system (when it works). I love the online (even though yes, I pay for it). When I’m having as much fun as I do playing it, it can be forgiven (albeit difficultly) for when it does fail, which it does. I’ve had two RRoD so far, and that’s probably not it. But I’m not as overtly fanboyish as I was with the SNES and PS2 when discussing it. I can see the flaws in the jewel. I know that it’s living on borrowed time every time I boot it up. However, it does what it’s supposed to do well, and that’s deliver games with a good online experience most of the time.

What gets people to cordon off their minds to experiencing what else is out there? Sometimes it can be financial reasons, as money most certainly doesn’t grow on trees. Sometimes it’s loyalty to a company, which for the most part is just silly, it’s a corporation trying to make as much money as possible. Sometimes it’s dedication to a game, or a series of games, which is truly bizarre, because exclusives are starting to become more and more rare as multi-platform games sell so much more. Sometimes though, it’s straight ignorance, which in this day and age is all the more unforgiving.

I hope I’ve written this with as little bias as possible, but no bias is impossible. I’ve been around the game for long enough to know that personal preference is always there. I left out the PC fanboy. I’ve neglected to mention all the positives and negatives known for every system. It’s alright though, as a brief journey into the mouth of madness should be all it takes to open your eyes and realize that yes, even though this system that I love, this brand that I support, this company I’m loyal to has my heart, I can use my mind to make decisions about the competition. While it does feel nice and safe to stay on your own world, with your own people, it’s a rather large galaxy out there, so get out and try and experience what you may have missed.