The Pokemon games were among the first that I ever played. Back then, I didn’t keep up with very many videogames since it was before the Internet and my parents weren’t willing to pay for a subscription of Nintendo Power. But good Lord, they marketed the hell out of that game. Between ads for the game itself and the anime, my brother and I were already obsessed before the Christmas morning when we opened up that box and saw a green Game Boy Pocket with a copy of Pokemon Blue version inside the cartridge slot, and promptly flipped out.

Despite the marketing however, my brother and I never really watched the show or got into the trading card games that much. We saw the first two movies (and loved them to bits) but beyond that, the majority of my experience with the series comes from the “regular” series of handheld titles: R/B/Y, G/S/C, R/S/E, and P/D/P. My brother played for the pleasure of winning and becoming the new champion, but I played for something else. To explore the strange new world were kids left their home at 10-years-old to traverse around the world, meeting new people, catching new Pokemon and achieve something extraordinary (And maybe save the world while they’re at it, too.)

What made this world so interesting to explore? In the original games, the graphics were crude, the memory restrictive (making for lots of interesting glitches later on), and the plot virtually nonexistent. The anime, of course, fleshed that out quite a bit, but as I stated before, I didn’t watch the show that often. Most of the detail came from little things in the games.

Take for instance, the Pokedex entries. They read like a bird watching guide, giving the exact size and appearance of the animal you just caught as well as their natural behavior in the world. This allowed me to imagine not just square-shaped patches of different-looking grass, but an overgrown thicket where Rattata looked for food while hiding from prowling Spearow. The routes came alive and the animals that I was fighting with were not just collections of bits of programming, but actual creatures that could live, grow, feel pain, and die.

Yes, die. Even though a Pokemon can only be “fainted” in battle, the Pokemon Tower in Lavender Town gave another look into how the universe operated. There, heartbroken trainers gathered to pay their last respects to their longtime partners who had passed away, and some Pokemon even came back as ghosts.

Having just lost a pet of my own before I started playing the game, the reality of death and the afterlife really resonated with me walking around that sacred building. Even now as I type this I can hear that haunting melody from Lavender Town playing around my head. In art, images and objects are defined by contrast — not thick black outlines but shadows and colors. Some people found this area scary. I found it sad really, but it was such a jarring difference from the bright, happy-go-lucky tone of the rest of the game that it further deepened my view of the world of Kanto as a real place.

Speaking of contrast, Team Rocket, as inept of a criminal organization as they were now that I look back, also helped to define the world of Pokemon. Throughout your travels in the game, they push the idea of teamwork, sportsmanship, and gracious losing so much, and no matter how badly you curbstomp a Gym leader, they smile, congratulate you, and concede defeat.

Then comes along a group that is that exact opposite. They take all the unwritten rules of combat and run roughshod over them, using Pokemon as tools for their own selfish gain. To my little brain back in the 90’s, that was an unforgivable outrage, and I took it upon myself to stand up and defeat these petty thieves. I didn’t question why the police weren’t involved, I didn’t question how easy it was to beat them and infiltrate their lair and foil all their plans myself, I simply saw it as good triumphing over evil. Since I treated my Pokemon as partners and friends, and not as simple blunt weapons, they would always be more powerful than anything Team Rocket could throw my way. 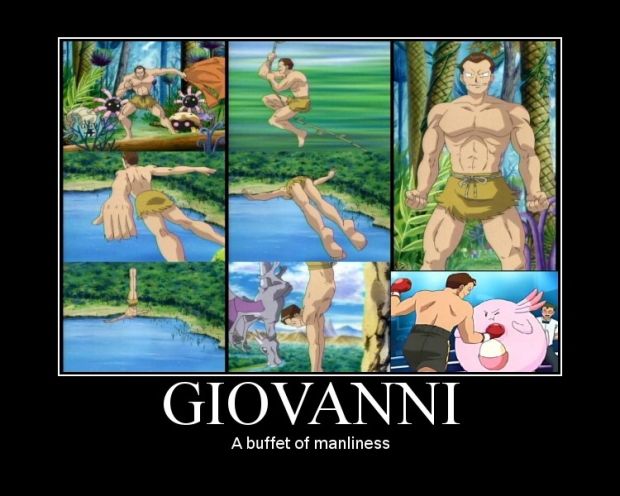 And as the series progressed, the nefarious plots got more nefarious, culminating in Pearl and Diamond where the leader wanted to destroy the universe and remake it in his image.

Let me repeat that phrase: A villain, in a Pokemon game, was going to destroy the universe. To do this he blew up a lake, killing all the Pokemon inside it to reach a legendary Pokemon inside a cave under the water. As you arrive on the scene, you see Magikarp and Gyarados lying everywhere, thrashing about in their death throes. Confronting a grunt, he simply shrugged and said that they were useless and they didn’t care whether they lived or died.

Right there I was about ready to reach through the screen of my DS and punch him in the face.

This wasn’t me as a little kid, wide-eyed and idealistic, seeing the world in black and white morals. This was me as a high-school student, and fully aware of just how useless Magikarps actually were in the game. And I didn’t care.

Again, when confronting them for the final battle on Spear Pillar, I didn’t care why the police weren’t helping, I didn’t care that I was just a kid with a Pokedex challenging the ringleader of a criminal terrorist operation. I marched up to the top determined to kill that fucker personally. He wanted to use a legendary Pokemon to destroy the world and everyone in it, and even though that world didn’t exist, I was going to fight with all my strength to stop him. I thought about the parties that I had fought with over the years — Skarmories, Typhlosions, and Bronzongs — and how each one had helped me rise through the ranks to become the best trainer in the world. I thought of the Pokedex entries, of the mysteries of the legendary Pokemon, ancient ruins and folklore, and visitors from outer space.

Even though Pokemon may have a barebones plot at first glance, the little details like that made me feel like each and every person and creature was real, had a soul, and was worth saving on top of that cold, gusty mountain peak.