The idyllic rural town is one of the most common cliches in fiction. It represents an idealized place, a garden of Eden where nothing can go wrong, where nothing should go wrong. Viewed from outside, the idyllic rural town is as if a snowglobe, isolated from the Big Bad World. And like a snowglobe, it takes little to shake an idyllic little town up.

One of the reasons why the small-town trope is so common — and important — in heroic fiction is that it is perfectly suited to the idea of growth. Before getting on with the epic questing, heroes must have a starting point, a place to set down the roots of legend, a low-level tutorial zone, and so on. And when adventure calls, one must leave the comfort of home, by force of will (“I’m gonna be a hero!”) or force of circumstance (“My village was destroyed by the villains!”). The world awaits, and the hero must step out the door, never to look back.

Mild Spoilers: There’s nothing here you don’t already know if you’ve been following, say, Giant Bomb’s Endurance Run videos, but you will get some hints as to the tone of the story towards the end.

Upon the hero’s arrival at sleepy Yasoinaba station, Persona 4 turns the trope on its head. You come to Inaba from the outside, from, in the succinct words of Mr. Morooka, “The Big City, full of losers and assholes.” By all measures, you should be ready to spend an uneventful year out in the boondocks, naught to do but let the days blend and the seasons pass. Incidentally, the name “Inaba” is but a syllable away from Inaka, a colloquial Japanese term for “rural”, often used to denigrate the uncultured, uncosmopolitan country bumpkins who live outside the metropolitan zones.

Of course, this is not to be. The snowglobe needs shaking. And it is, thanks to the serial killings. But rather than proceeding as these sorts of stories tend to, all the crises stay quite close to home. You will spend your year in the boonies, like it or not. And barring the odd field trip, the farthest you’ll get from home is the playground on top of a local hill, working a day care job.

That year in the sticks gives you the time — to paraphrase a great man — to get to know the people in your neighborhood. Between solving mysteries and saving would-be victims from a gruesome fate, you make time to attend club practice, prep your class for the school festival, and maybe catch some rays on the roof with a special someone. Before long, Inaba becomes your second home, and not just because you have to be there.

Over time, everyone in Inaba becomes a familiar face. From the Old Man who thinks everything these days is “Deplorable!” to ever-spacy Spacy Girl and always-nearby Errand Boy. Your neighbor’s cooking is suitable only for fish bait. A girl outside the library can’t help but swoon over her senpai. Your headdress-wearing history teacher has a thing for dowsing. A funky ‘fro’d senior on the third floor loves to mind-sling with brain-busting categorization riddles. There’s a nurse over at the hospital who is such a tease. A savvy fox at the local temple knows where to score some “special leaves”. A mysterious woman, sitting in a mysterious limo, behind a mysterious blue door, wants you to fuse up a Trumpeter persona with the Mind Charge ability, an epic task. Inaba is a place defined by its people. 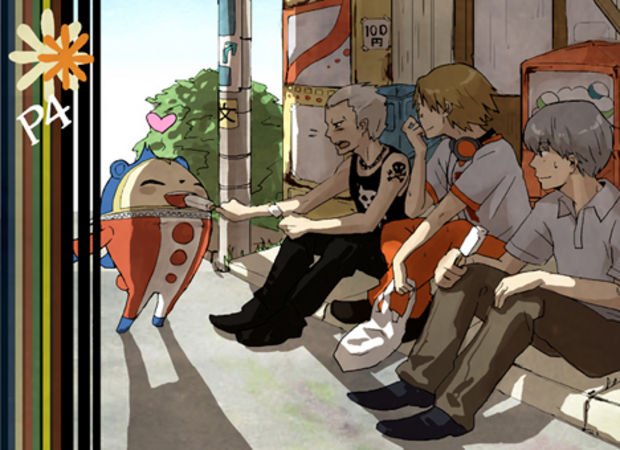 And then, of course, there are the people you’re really close to. They’re your Investigation Team buddies, your Scooby-Doo gang, your best friends, meeting regularly at your “Secret Headquarters” (a.k.a. The Junes Food Court). You alone can solve the mystery lying but a Midnight Channel away. You alone have the power to end the crisis that’s rocking this snowglobe, and gosh darn it, you have to try.

Soon, your heart will squarely lie in that sleepy little town, its pulse is especially strong at home. In a little wooden house, there’s food in the fridge that you can use to make lunch for tomorrow. Then again, that MF-06S Brahman model up in your room won’t build itself. No matter how far you range behind a mysterious TV screen, how deep the current crisis, you always return home each night, a little smiling face waiting for you, watching a quiz show, checking the weather, or wondering if her dad will be spending the night at work again.

Over a year, your schedule, becomes tuned to the ticking of Inaba’s clock. But when the time comes, all it takes is the simple absence of a polygon model, a clever change in background music, an alteration to the nightly fridge-check, and the status quo is broken. For an extended period, you end up returning each day to an empty house, and it is one of the most depressing, somber periods you can find in any game.

They say that “Home is where the heart is,” and out in the sticks, in a small town out in Inaka, is a place that definitely feels like home. 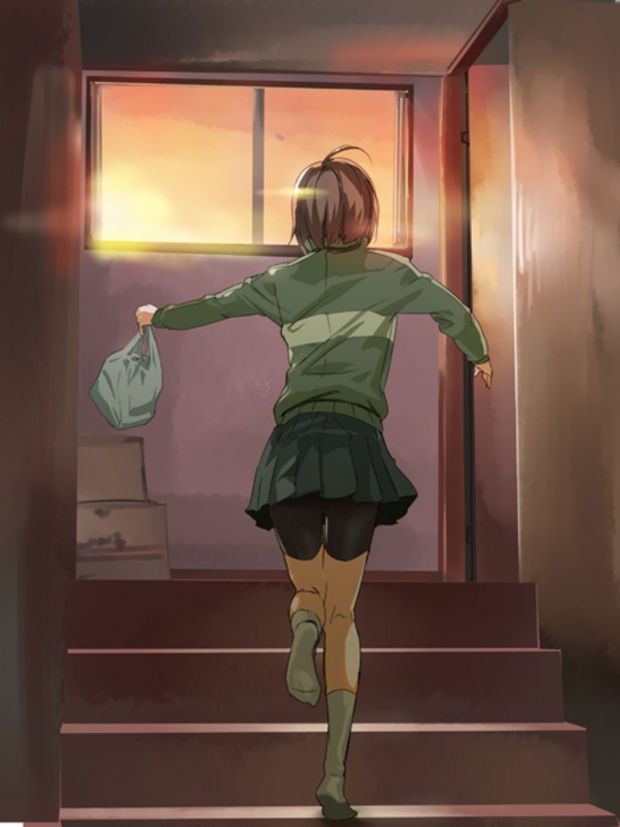