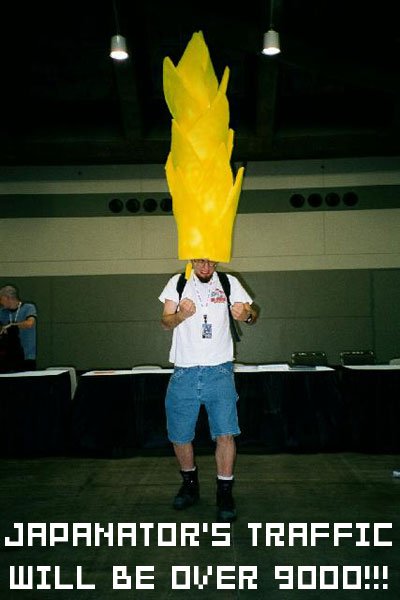 I like anime. It’s a bit of a well kept secret around here, but I must admit — it’s true! So, as a bit of a coming-out, a bunch of us from Japanator and Destructoid will be getting together for the convention and partying, reporting, and playing some video games (despite the fact that Ron would normally spit in our eyes for that).

So, are any of you going to Otakon 2007? If so, you’ll be able to meet Nick, Topher, Dale, or myself from Destructoid, as well as John Martone, God Len, Matthew, and WestCabaretDrive from Japanator. We’ll also be seen with the guys from Goozex and ikimashou.net.

We’re planning to rock out, get drunk, and take a ton of photos of bad cosplayers, so stick to Destructoid and Japanator for all the Otakon coverage you’ll ever need.