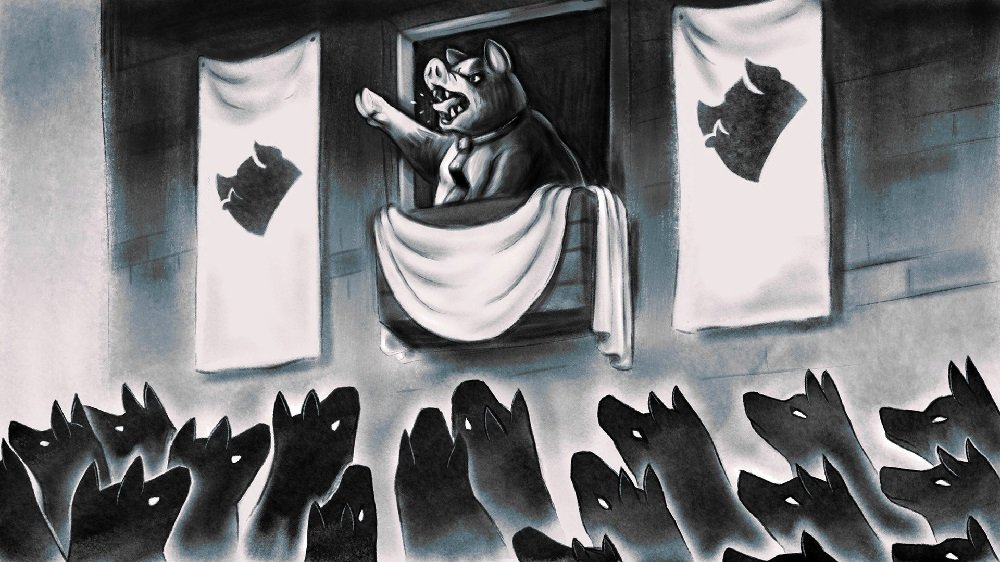 George Orwell’s fundamental classic, Animal Farm, is to receive a video game adaptation. Developed by indie outfit Nerial (of Reigns fame) and published by The Dairymen, Orwell’s Animal Farm will launch on PC and mobile platforms this fall.

Originally published in 1945, Animal Farm is an allegorical tale about a herd of farm animals who overthrow their human masters to form their own community of freedom and equality. It is not long before a natural lust for greed and power rears its ugly head – captained by a bullish pig known as Napoleon – and soon the animals find themselves in a similar state of control, under an entirely new band of ruthless dictators.

Upon release, Orwell’s book received praise for its satire of politics, hierarchy, and man’s general inhumanity to man. While initially penned as a spoof of The Russian Revolution and its following era of Stalinism, the themes of Animal Farm only ring truer as years pass, with its depiction of Napoleon’s line-shifting hypocrisy representational of many world governments. The thinly veiled allegory may seem unsubtle to modern readers, but Animal Farm’s themes remain disconcertingly apt.

“Animal Farm will be an adventure game that immerses players in Orwell’s story,” reads a Dairymen press release. “By choosing which of the animals’ wishes they follow – and who is ignored or sidelined – gamers will influence the critical events that define the fate of the farm. Players must devise strategies to balance resources, defend the farm, and keep the animal population happy. With its evocative 1930s painterly graphics, Animal Farm puts the player at the centre of an allegorical revolution and enables them to experience firsthand the corrupting nature of power.”