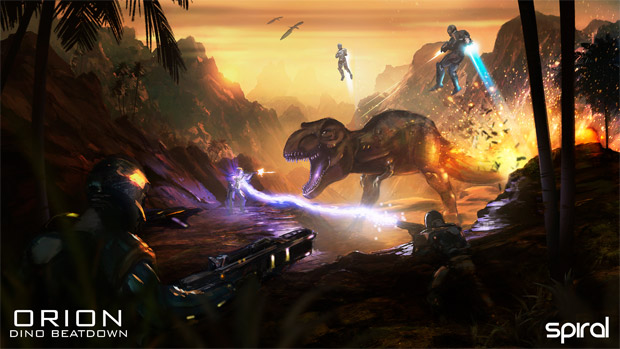 Remember Orion: Prelude, the Kickstarter-funded game with dinosaurs and jetpacks? Spiral Game Studios has a big update on that front. The team has shifted its attention and the end result is Orion: Dino Beatdown, a class-based first-person shooter with a sci-fi theme that’s centered around cooperative play.

Under the original Prelude name, Spiral was hoping to reach consoles via digital distribution, though the current plan has been tweaked to Steam and OnLive. Given the $9.99 price tag and a promised “wealth of post-release support and content,” that makes a lot of sense.

If you contributed to the February Kickstarter initiative, you’ll receive a complimentary copy of Dino Beatdown. My main concern was that this project was too ambitious for its own good, but that’s become less of a concern with this announcement.