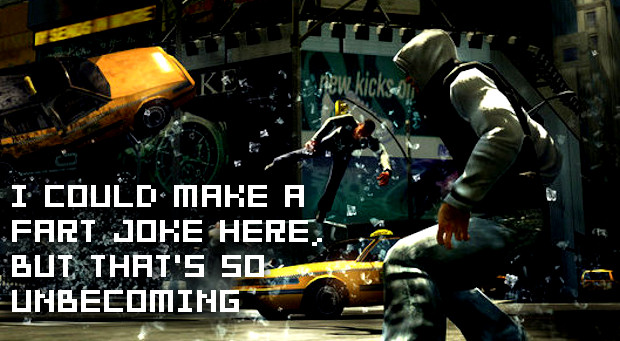 As you may remember, Radical’s upcoming shape-shifter Prototype was due to be released last year before getting slapped with a delay. According to Radical, however, the extra time has been important, as it’s helped the team live up more to the game’s original vision, which apparently was too big.

“The extra dev time from last year really was a chance for us to polish, tweak and refine the missions and gameplay mechanics,” explains Radical’s Tim Bennison. “The original vision for the game was huge, perhaps a little too huge, so the extra time in development has let us realize that vision. We’re really excited to launch Prototype in June – it’s certainly been a big project for the entire company here at Radical.”

Prototype is looking like a ridiculous amount of fun. The animation and handling appears a little unrefined, but I’m prepared to forgive a little roughness if it means I can elbow drop tanks and throw screaming human projectiles at helicopters.  Screw anyone who whines about the graphics in lieu of accepting the brilliance of the violence.