The 1995 Mortal Kombat movie is great. Straight up. While I won’t deny that some of its CGI effects have aged somewhat hideously, and the film ducks the brand’s trademark violence in order to bag that all important PG-13 rating, Paul W.S. Anderson’s adaptation of NetherRealm’s flagship fighting series is a fun riot, and deserving of its long-standing reputation among many as the best video game movie to date.

This accolade is in part due to the film’s great sets, faithful costumes and fantastic use of light and colour, creating a rich atmosphere akin to that of ’90s comic book movies such as Batman Forever and Dick Tracy. The film featured cutting edge animatronics, a sly sense of humour, and notable charisma, with some memorable performances put in by Cary Hiroyuki-Tagawa, Talisa Soto, Trevor Goddard and, of course, Christopher Lambert – as the most no-fucks-given Raiden ever. 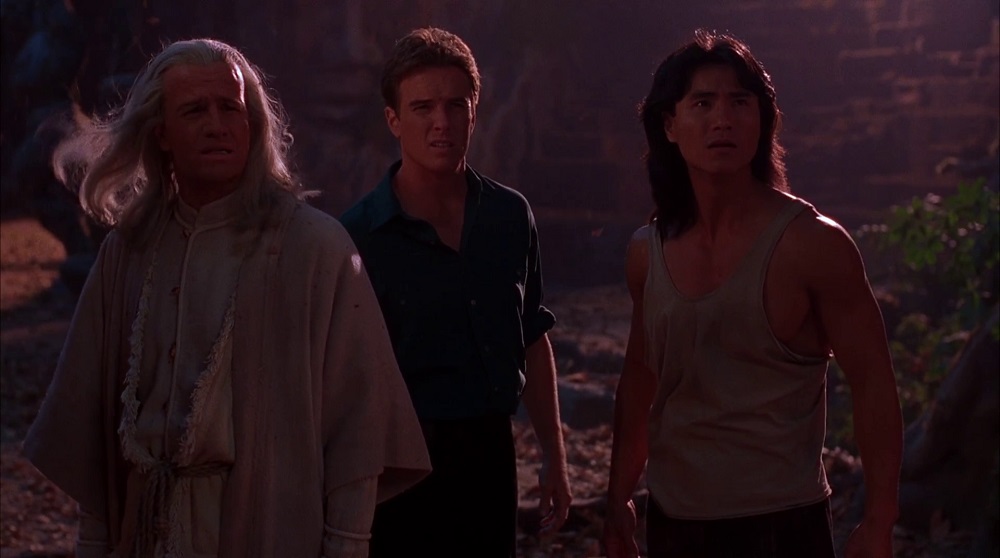 The Hollywood Reporter’s Patrick Shanley recently sat down with two of the movie’s leads: Robin Shou, who donned the abs and Timotei’d hair of Shaolin monk Liu Kang, and Linden Ashby, who gave a wonderful performance as Hollywood asshole Johnny Cage. While facing off in a few friendly rounds of MK, Shanley spoke to Shou and Ashby about their memories of the movie, and some of the brutalities of its hand-to-hand setpieces.

It must be said that both actors come across as eminently likable, as well as having a genuine reverence for the film and its legacy. Ashby has a natural self-deprecating arrogance here that makes me think he would’ve been great in the MCU, had that franchise kicked off a decade earlier (He does have a bit-part in Iron Man 3, oddly enough). It’s sometimes hard to explain quite how big a phenomenon Mortal Kombat was in its early years – especially in marketing – with fans frothing at the mouth to finally see the franchise adapted for the big screen.

Just this week, shooting began in Australia for the new Mortal Kombat movie. This R-rated flick has cast several martial arts experts, action stars and bright newcomers in the roles of classic kombatants including Kano, Raiden, Liu Kang, Jax, Mileena and, of course, Sub-Zero and Scorpion. The new film may have the benefit of latter-day technology and great modern martial arts movies (such as The Raid) to draw upon, but I’m also hoping it will also retain the heart and spirit that embodied its humble mid-’90s brethren.

Oh, and that theme tune… of course.