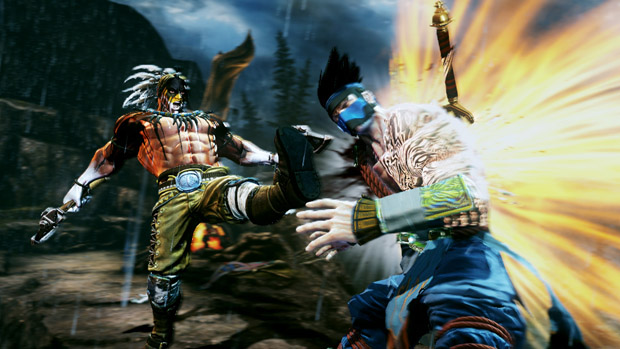 During a TwitchTV live stream of upcoming Xbox One fighter Killer Instinct, Microsoft creative director Adam Isgreen and producer Torin Rettig revealed a few more details about the game that will be sure to make fans of the first two games in the series quite pleased.

For starters, the original announcer Chris Sutherland will be selectable, in lieu of Killer Instinct‘s new announcer, for those wanting a slightly more authentic experience. In addition to his original lines, all of the game’s new lines have been recorded by Sutherland and according to Isgreen: “for 18 years different, sounds exactly the same.”

Additionally, classic costumes will be available for those not keen on the revised looks for some of their favorites. How these will be delivered was not revealed, but most likely will come as DLC, and hopefully part of the game’s $40 “Ultra edition” that was announced during gamescom.

Lastly, Isgreen hinted that fans of the music from Killer Instinct and its sequel would not be let down. “For most of you who really love KI 1 and 2, the music of KI 1 and 2, we’ve got you covered.”

Say what you will about Double Helix’s track record, but I can’t be more excited for the way the new Killer Instinct is shaping up. What’s most impressive, so far, is just how receptive and well they’ve listed to fan feedback. These latest reveals come directly from the results of a survey they conducted back at the end of June and to me show the care and concern that is needed to make a great game.