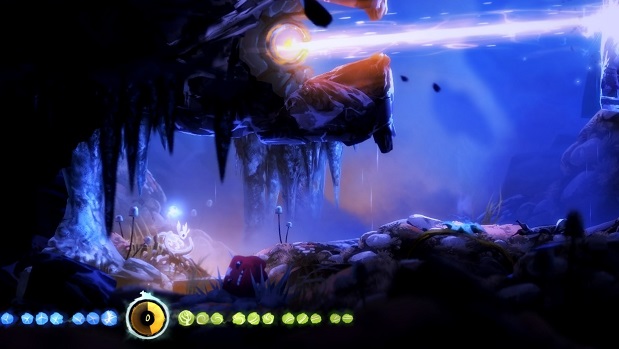 In its efforts to create a great platformer, Ori and the Blind Forest developer Moon Studios looked up to some of the all-time greats of the genre. Super Meat Boy is one of those classics. And, it’s revered enough by Moon that it got a bit of screen-time in the titular Blind Forest.

Nested behind a hidden wall is Meat Boy, appropriately fallen victim to a bed of spikes. He’s no stranger to dying, of course. I once killed him 10,835 by myself.

Moon’s affection toward Super Meat Boy is one that we’ve known about for a long time. The developer told us at E3 that it was included in a list of influences. Really, it should make anyone’s cut who aims to create a tightly-controlling platformer.

Here’s a video that shows exactly where to find this charming little easter egg:

Filed under... #Easter Eggs#Ori and the Blind Forest