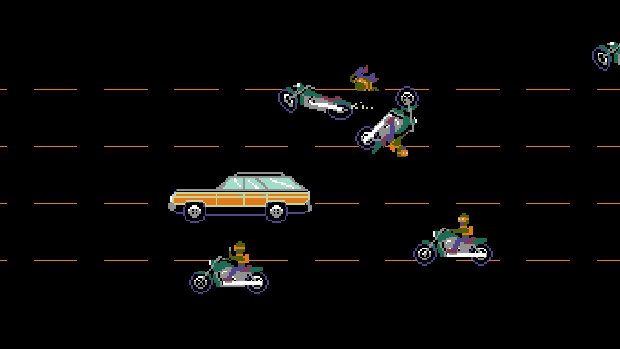 Relive the days of Apple II with zombies

Originally released last year as a free browser-based game, Organ Trail has since been fleshed out with a director’s cut that became available for iOS and Android devices back in August. Now, the game has returned to Windows, Mac, and Linux with even more content.

Organ Trail: Director’s Cut can be purchased directly from developer The Men Who Wear Many Hats for $4.99 through the Humble Store. From what I’ve played so far, that’s an entirely reasonable price point for this version which adds an endless mode, combat upgrades for your characters, a physics-based driving game, and 40+ new road events. These upgrades will be coming to the mobile versions as a $2 download, keeping the prices consistent between platforms.

This would also be a good time to point out that Organ Trail could use some extra support on Steam Greenlight before the next batch of games move forward next week. If it makes the cut, Humble Store purchasers will retroactively receive a Steam key in addition to the currently included Desura key. Despite the obvious inspirations, this feels like its own take  on Oregon Trail and you don’t always see that.