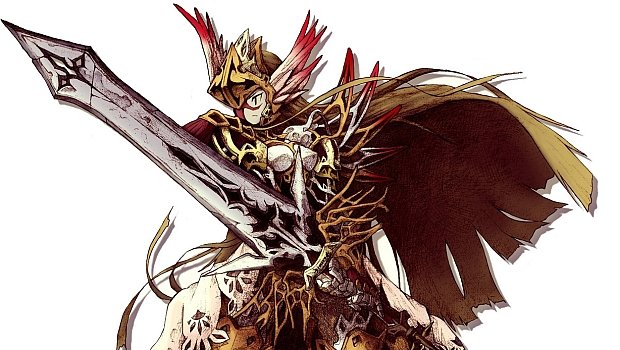 I’ve got to hand it to Atlus: sometimes they know that a preorder bonus art book just ain’t enough. Now they’re including whole other games!

In this case, it’s with the upcoming PlayStation Portable version of Knights in the Nightmare, the strategy/bullet-hell hybrid. Dale reviewed it way back when, and now the so far one-of-a-kind title’s getting tarted up for a PSP release, with new controls, higher-res graphics, and a (slightly delayed) November 9th release date.

And now they’ve sweetened the pot by throwing in a free voucher to download Yggdra Union off the PlayStation Network. It’s another, equally unique title that just happens to be a prequel of sorts to Knights in the Nightmare. Dale reviewed that too in 2008. He liked it!

Atlus is also kind to poor alienated PSPgo users, as it doesn’t matter whether you buy the game at retail or over download, so long as you get a “launch” copy, which I suppose just means “buy it before it goes into the bargain bin”.

So tempting! I actually own Knights in the Nightmare for the DS already, but never played Yggdra Union. This kind of deal suits me just fine. Are you in, too?