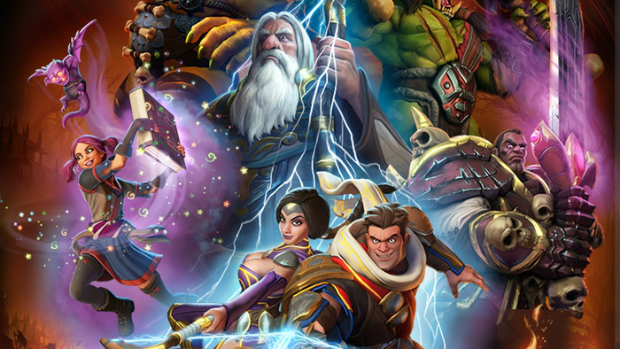 Even plastic figurines of Orcs Must Die!

Orcs Must Die! has truly made it. After a few entries in the main series, the scrappy little tower defense from Robot Entertainment now has a board game in the works, designed by Petersen Games.

Orc Must Die! The Boardgame comes in two flavors: Order and Unchained. Each allows for cooperative play, fighting off hordes of baddies with friends. Those with access to both versions gain access to a competitive mode, pitting the two factions against one another.

I’ve skimmed the posted rulebook, and it sounds like a fairly standard base defense game with role-playing game elements. I’m not sure I see where the “innovative” claim comes from, but it sounds fun nevertheless. As an added bonus for those who haven’t yet checked out the videogames, backers of the already-successful Kickstarter campaign will get Orcs Must Die!, Orcs Must Die! 2, and beta access to Orcs Must Die! Unchained.

While writing this, I realized that Orcs Must Die! shares an acronym with Orchestral Manoeuvres in the Dark, and now I am humming “If You Leave” to myself.