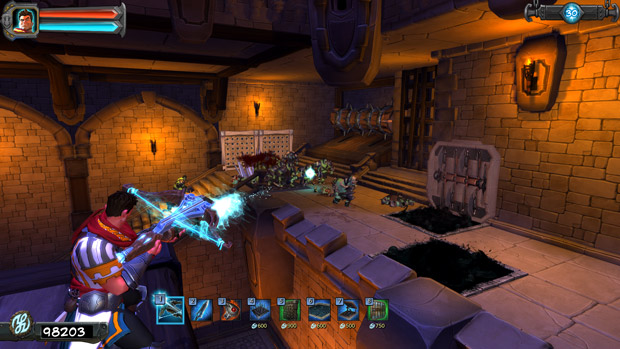 We’ll finally get our hands on Robot Entertainment’s Orcs Must Die next month. The Xbox Live Arcade version is first up on October 5, followed by Steam and other PC releases on October 12.

Truth be told, I got kind of burned out on the videos and had to stop watching them. Total overload. But Orcs Must Die looks pretty great, and it feels like it has been some time since there’s been a worthwhile game centered around setting traps. (That’s your cue to name some obscure title I’ve never been exposed to.)

No price was given yet, though $15 seems like a strong possibility.