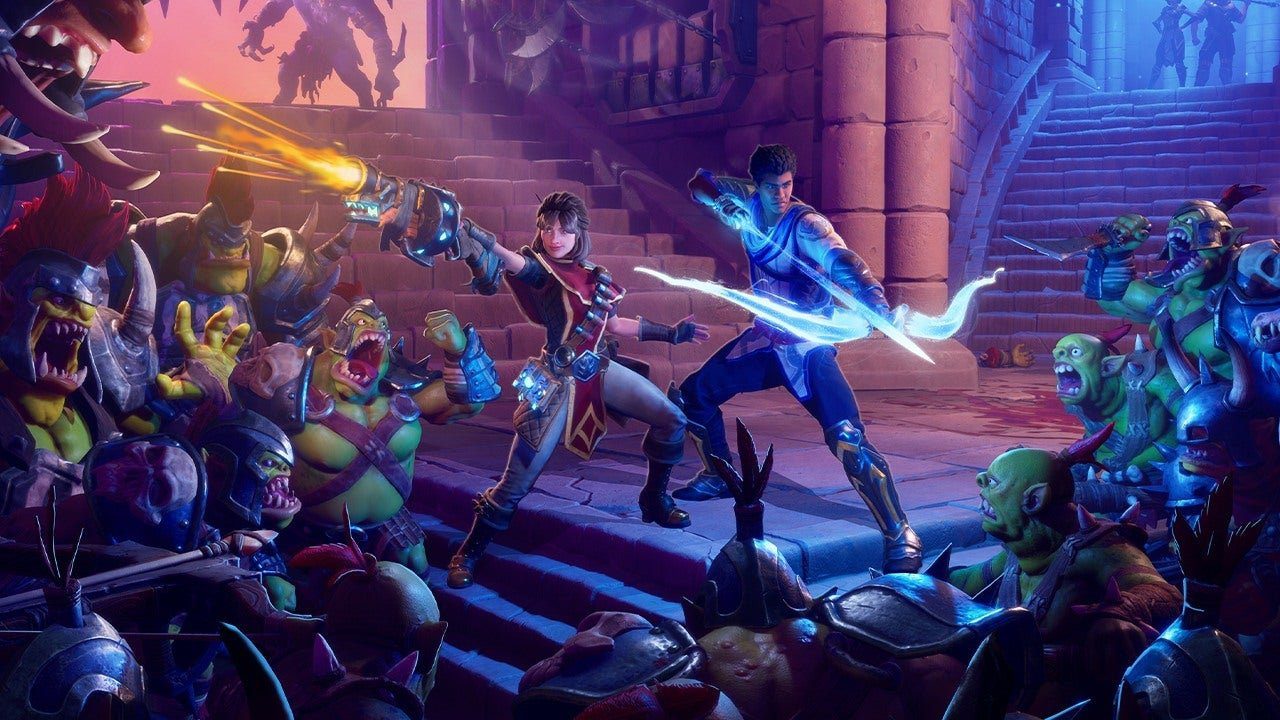 July 2020 was a busy and tumultuous month, and you may not have checked out Stadia yet. But even if you have no interest in Google’s platform, Orcs Must Die 3 is coming to other platforms eventually (Steam is the only one that’s 100% confirmed), and it’s pretty good.

Following the launch of the game’s first DLC pack, I got a chance to sit down with Patrick Hudson (CEO of Robot Entertainment) to see what the future might bring.

It’s important to point out that this is the first “premium” Orcs Must Die game in eight years. That’s a long time! Previously Robot Entertainment had been busy with Orcs Must Die Unchained, which met an untimely end in April of 2019, when the servers were officially shut down. Hudson had a few things to say about that.

“I could write thousands of words on what we learned from Orcs Must Die Unchained,” he muses. “As far as trying a free-to-play project again, we start with the game idea first and then decide the best business model for that game. There’s a chance that we could do a free-to-play game in the future, but we don’t have any projects in the short to mid-term that would be so.”

There were plenty of great concepts in Unchained, to the point where I’m sad to see them gone entirely. Is there a chance of an offline, “complete” reboot? Well, the prospects don’t look great, according to Hudson. “It’s hard to see that happening,” he said. “As a relatively small, independent developer you’re always calculating your opportunity cost. Reworking Unchained into a retail game would require a large effort. We’re currently focused on Orcs Must Die! 3 and a second, new project. We just don’t have the bandwidth to pursue such a project without taking us away from current efforts.”

However, he does concede that they “frequently discuss elements” of Unchained that “could show up in either Orcs Must Die 3 or a future Orcs Must Die project.” Okay, so we got a future Orcs Must Die tease here: that’s good enough for me. Where might that future project end up though? And what platforms beyond Steam will we see Orcs Must Die 3 arriving on? Hudson is mum right now, but responded to my request of a Switch port coyly, noting “We’re big Switch fans, and we see where you’re going with this.”

Shifting gears to the future, Hudson says that “ideas” for a fourth game are already in the works, and he falls short of confirming a fourth entry today: “We have a lot of great ideas for Orcs Must Die! Should that be the fourth game in the series or some sort of twist? We aren’t sure, yet. Fortunately, we’ll be supporting Orcs Must Die! 3 for a long time so we have some time to listen to what the fans want and then figure it out.”

One thing I really wanted to hone in on was the war scenario concept in Orcs Must Die 3: where you control giant weapons of war against hordes of orcs. When asked about an entire game focusing on war scenarios, Hudson responded: “We’d consider it, sure. We think the new War Guardians introduced in the Drastic Steps expansion made War Scenarios even more compelling. There’s plenty of design space here.”

You might be wondering though, “why Stadia?” Hudson says that Google was very receptive to the idea, and particularly liked “the game’s personality and humor.” The publishers also dug the creativity aspect of divining up open-ended puzzle solutions, and how “longer term,” it could shine a light on Stadia features like Stadia Connect: which allows for a picture-in-picture effect with a co-op partner (I’ve tried it, it’s pretty neat).

Whatever ends up happening, Hudson says he and his team have a “content plant hat runs through at least the end of 2021.” At least! So even if you don’t catch Orcs Must Die 3 on Stadia soon, you’ll reap the benefits eventually on some other platform. Either way, I’m just happy this series is back in any form.

Filed under... #Exclusive on Destructoid#Interview