Since I tend to play a lot of games on a lot of different platforms, people sometimes turn to me and ask what console to buy. “Should I get a PS4? I heard that the Xbox One has this thing called ‘DRM’ that’s bad.” Or, “is the Wii U good? Should I get that over a next-gen system?”

All of these answers are generally tailored to the person, as I initially ask them where their genre interests lie, and make sure they’re aware that the PC platform exists, and it’s not nearly as expensive as they think.

But more often than not, I tend to go back to one heavy suggestion. One system that I think excels above the rest at this point in its development cycle. That system is the Nintendo 3DS. 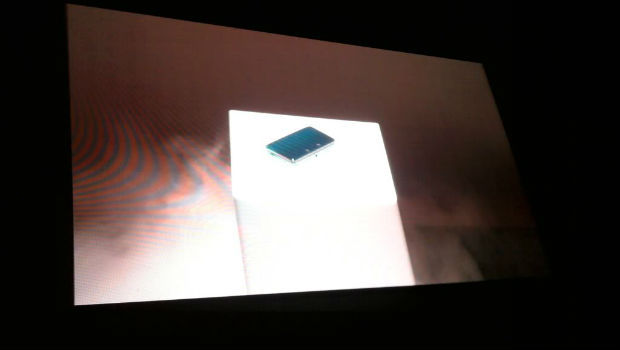 See that picture right above this text? I took that live at the 2010 Nintendo E3 press conference, when they revealed their newest portable — the 3DS. There were hundreds of people around me, cheering and screaming at the reveal, but I felt out of place: I was almost completely silent.

Nothing about the 3DS excited me.

The fact that it was so similar to the DS, the underwhelming 3D effect in general, and the weak game lineup — all of it couldn’t really muster more than a collective “enh.” My colleagues were all hyped up to try it out mostly due to the glasses-free 3D effect, but I walked around the floor trying out pretty much everything else I could, avoiding the two plus hour lines to wait to play a 3DS tech demo.

Fast forward to the week before the 3DS’ launch. in February of 2011. I’m just starting to really break out into the games writing field, and I realize that I really should pick one up to cover it. I look at the launch lineup, let out a collective groan, and decide to wait a little longer.

The wait wasn’t that long though, as I picked one up for Ocarina of Time 3D in mid-June, and completely changed my mind on the tech. Immediately, I was sold on the 3D based on how much it added to Ocarina. I felt like I was almost playing a completely new game, and was blown away at how faithful the re-creation was. Ok, so I fell in love with the hardware, but there was still one major problem — I had no more games to play.

For weeks, nay, months on end, I chastised Nintendo for dragging their feet. Yes, free Excitebike was cool, but where were the rest of the 3D Classics? Where were the original games to forge the way among a sea of sloppy ports? Where were the Virtual Console releases, with the hundreds of games they had in their stable?

Eventually, they came. First-party Nintendo games like Pushmo lit up the 3DS eShop, while incredible physical releases like Mario 3D Land pushed the hardware in new directions. Then came Gunman Clive, the Switch Force! series, Mutant Mudds, Luigi’s Mansion: Dark Moon, Kid Icarus: Uprising, and Fire Emblem Awakening. With the DSi’s catalog in tandem with the newly minted and flourishing eShop, a digital future was real with the 3DS, on top of all the physical boxes that were readily available.

StreetPass also became more of a valid option once more and more people started to buy the 3DS after the price drop. In fact, it’s become one of the highlights of my convention visits, bringing my system with me to see how many tags I can get. The overall 3DS experience is far too deep to even describe here, so I recommend reading my 3DS buyer’s guide for even more suggestions.

Slowly but surely, the 3DS has become a gaming nirvana. It has a steady selection of RPGs, platformers, action games, and even shoot ’em ups, among many other genres. You should definitely choose what you want come this holiday season, and pretty much any choice would be the right one — but I would contend that the with the 3DS, you’re choosing best one.