September of 1999 was my favorite month in gaming. It was a date that lived in infamy, with the launch of the ill-fated Dreamcast, a console with arguably the best launch lineup of all time. But on its release date of 9/9/99 I wasn’t playing Sega’s new system — I was chipping away at Final Fantasy VIII, which had released on the same day.

Ever since I found its demo disc in my treasured copy of Brave Fencer Musashi, I was enamored with FFVIII, to the point where I spent days on end saturating everything there was to do. Later that week, a friend gave me a call and invited me over to try the Dreamcast — I was not prepared for the all-night SoulCalibur and Power Stone sessions that topped off a monster month.

It was absolutely unreal how amazing that period in my life was, and I still recall practically every detail to this day. Now, notice how I said September of 1999 was my favorite month in gaming earlier — because November 2013 just surpassed it. 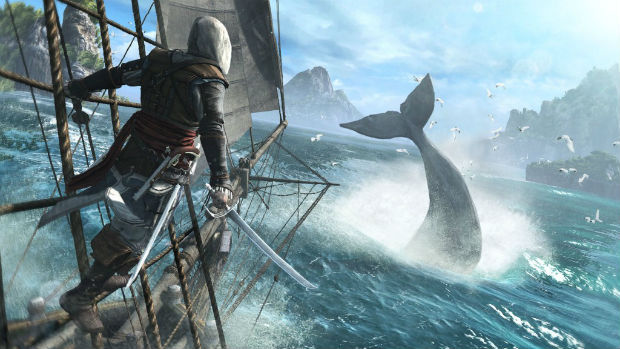 Let’s start with the launch of two new consoles — the Xbox One and the PlayStation 4. To have two major systems launch within a week of each other is absolutely insane (mostly due to their level direct competition), both in terms of the impact on the gaming world, and the impact on our wallets. It’s interesting to see two releases on the other side, as the press has been working day and night to cover both consoles, and the result is some pretty killer coverage from all corners of the net. If you want information on either system, no matter how insignificant — you can get it.

The PS4 has had a particularly interesting launch, offering up two free games via PS+, and a number of free-to-play titles. It’s entirely possible that you could pick up the console and play for days without paying a dime outside of your Plus membership, which is a unique prospect that has never really been a factor in a launch before. I only expect Plus to grow from here, and not a day goes by that I regret my subscription.

The Xbox One is also seeing a pretty strong launch, with a wide variety of titles that should appeal to just about anyone. I mean look at the genres — racing, a rail-shooter, a fighting game, sports, a simulator, action, an open-world title, and more. There’s an insane amount of diversity, and you shouldn’t have a problem picking up at least one title with your system. I’m personally enjoying mine quite a bit — a far cry from my feelings on the console during the initial announcement.

Let’s not forget the 360 and PS3 as well, as they’re still going a strong as ever. Assassin’s Creed IV: Black Flag is arguably the best game in the franchise yet, Rachet and Clank: Into the Nexus brought back the series in style, and XCOM: Enemy Within made the recent reboot feel new again. Even the Vita got some love with Tearaway.

But the launch of the PlayStation 4 and the Xbox One are just the tip of the iceberg compared to the monster month that Nintendo is having. Not only are we getting a mainline Mario game, but a portable Zelda as well. While the A Link Between Worlds will definitely resonate with some fans, I think Super Mario 3D World deserves a standout mention as it’s one of the best games in the entire franchise. With all of these releases, it’s hard to imagine finding the time to play them all. Slowly but surely though most of you will experience them, leading into Christmas and the season of sales.

Recently, there have been a lot of fights over brand loyalty, and it’s got a little intense. But considering the fact that all three major publishers have killer offerings this November, it doesn’t make much sense — because we all win in the end. If you’ve been getting particularly heated this month, just sit back, relax, and play some videogames — lord knows there’s plenty of them.