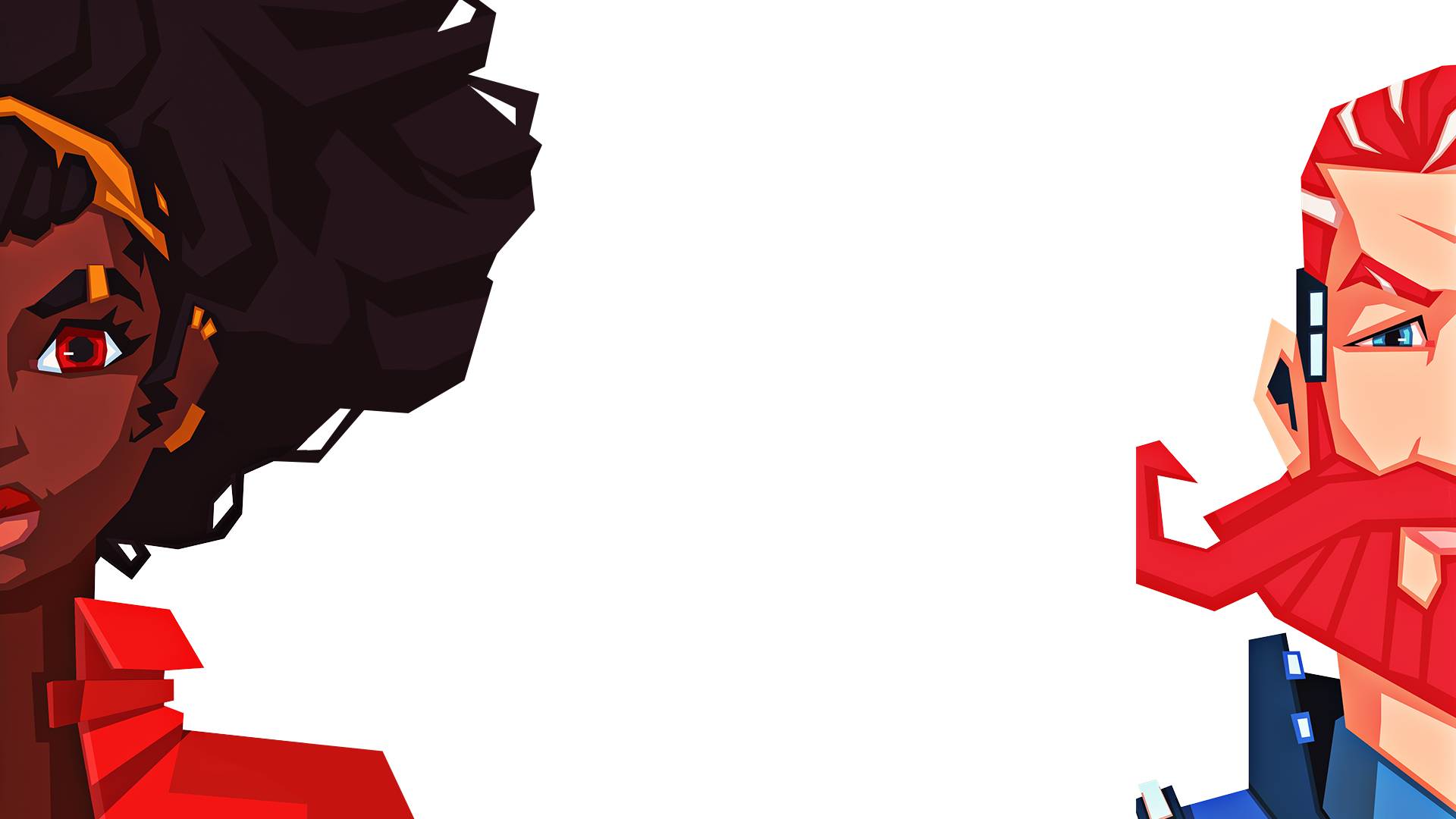 Computers are all good fun, but espionage requires some grunt work to get the job done. That’s at least the impression I got from Operation: Tango, the new co-op game from Clever Plays that hit PlayStation Plus this month. There might be a hacker-in-the-chair to open doors and help turn off lasers, but someone needed to plug cables and get tactile; and in this instance, that was me.

I played through all six of Operation: Tango‘s missions over the course of two evenings with my friend and podcast co-host Kenneth Shepard, who works over at fellow gaming outlet FanByte. And so rather than attempt another run through the missions on opposite sides, we thought, why not give our impressions of the game from our respective viewpoints? You can find his thoughts on the Hacker side here.

As for me, the Agent was very much my sort of experience. Support work is great, but I like the tension of being the one who has to skirt between the lasers and dash out of the building with the package in tow. Operation: Tango very much appeals to that fantasy: at its best moments, I not only felt like a super-cool secret agent, but our playing felt like a perfect unison of two roles in a greater heist.

Operation: Tango plays off a similar concept to games like A Way Out or It Takes Two, in that two characters need to work together on tasks—sometimes the same one and sometimes different ones—to advance the “plot” of each mission. It’s also got a little bit of Keep Talking and Nobody Explodes, because both players are looking at completely different screens. While Kenneth was flying through the virtual realm, I was (mostly) grounded in the physical one, helping secure further access and interact with facets of puzzles that required some direct contact.

Most missions play off this back-and-forth, as each advance of one player lets the other do something new. When this works, it feels extremely elegant; a highlight of our time was a section where we had to identify an item in some archives, and the two of us were cross-referencing our databases, making inferences and conclusions based on overlapping piles of evidence. 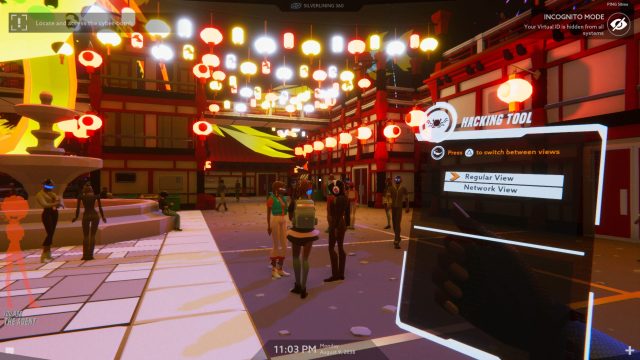 When it doesn’t work, things stall out, and this can feel a little brutal on the Agent side. The developers seem to have taken notice of this, and provided a few distractions in some areas that let the player (more often the Agent, in my experience) fiddle with various doodads or explore some lore while you talk over comms and try to figure out the next step. There is also a lot of deducing just what knobs you have available to turn, and eliminating variables and leads until a solution presents itself.

Luckily, there is a hints system that is pretty solid if you get really stuck. For comparison, we used it once in the entire run of missions, and I found some of the friction in figuring out just what we were looking at and how we were affecting each other’s options was part of the enjoyment. There are some really good “a-ha” moments to be had in Operation: Tango. 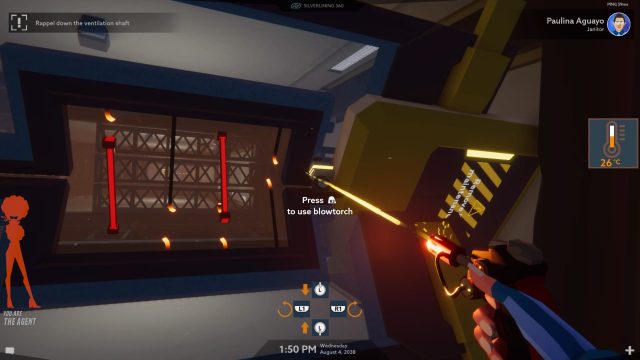 And on the Agent’s side, man, it feels rad as heck to be the one on the ground. More often than not, you’re the one doing a lot of the cool Mission: Impossible stuff, ranging from sneaking around in a virtual disguise and dodging security bots to rappelling down a shaft, just like in the movies. A lot of times, this involves getting close to people, whether to hack their phone or just gain access to a console so I can relay an IP address to my hacker pal.

This does mean there can be some finicky movement, and in a few segments I was having to dance around vision cones that weren’t always so apparent. And in other cases, Operation: Tango switches roles on the players a bit, making me do boring console computer work while the Hacker got to run around in cool virtual worlds. Thankfully, in moments where I felt the Hacker was having too much fun, I was able to delete the platforms out from under them. You know, just to see what would happen. Sorry Ken.

There are definitely high points and low points, as some parts of Operation: Tango do repeat themselves a bit too often, and other times it would seem just a little more obfuscated than I’d have liked. But its high points are absolutely stellar. The aforementioned detective section, defusing a bomb, and in my personal favorite, a high-stakes train section. 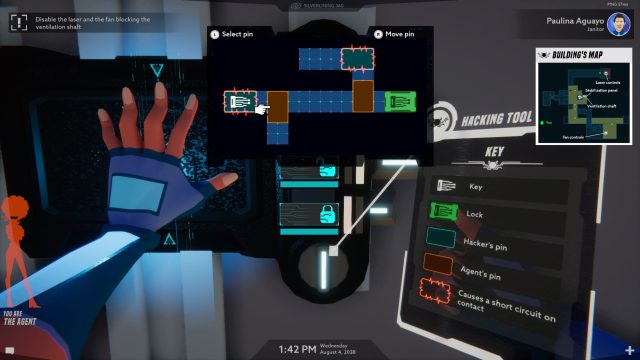 Operation: Tango packs a lot into just six missions, and when the finales come down to the wire and the timer keeps ticking closer and closer as your pair tries to calmly communicate and work in some kind of unison, it nails the feeling of a tense heist. Each mission drastically alters things in interesting ways, and provides some good challenges to overcome in the process. By the end of our case, I felt we had managed to genuinely overcome some difficult odds, and from the ground perspective, it was exciting and tense. I might try the Hacker chair at some point, but for now, the Agent is where it’s at for me. Hopefully this first run is the start of more to come.