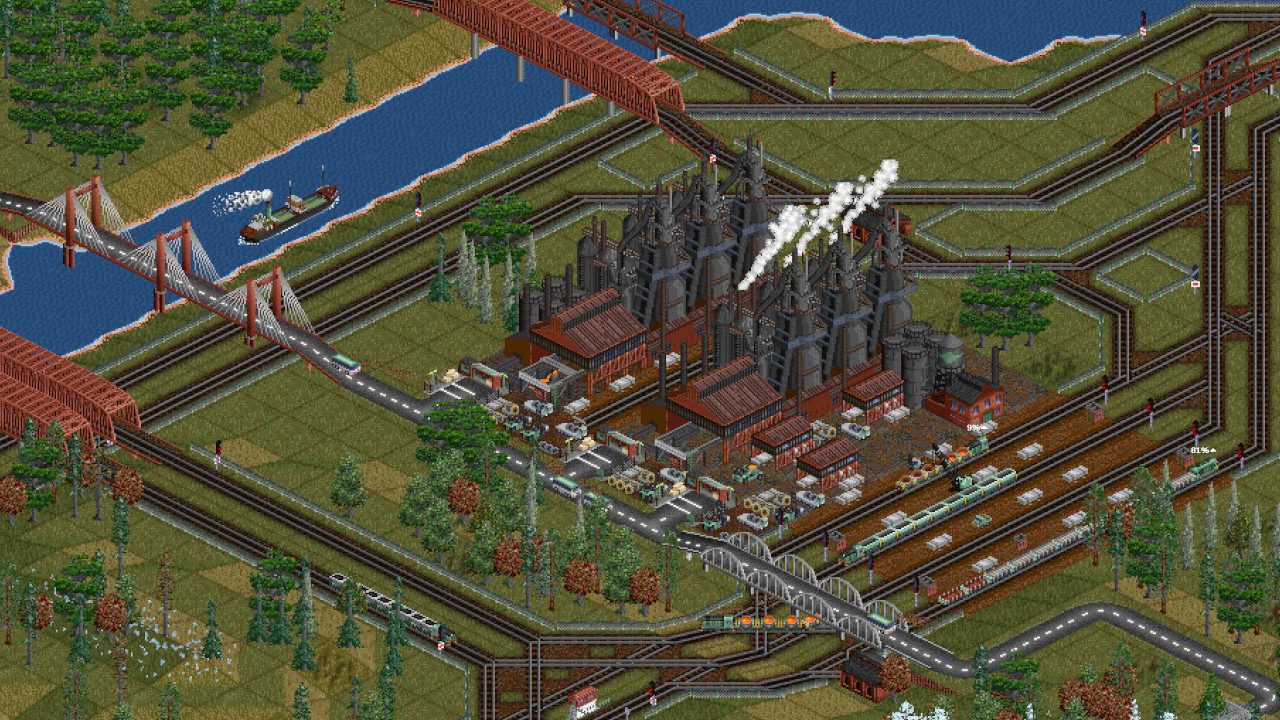 Don’t be alarmed if you see a Steam notification that one of your friends – you know who – is settling in for a late night with OpenTTD. The transportation management sim is coming to Steam on April 1.

“These days, we mostly distribute our game via our website,” the developers wrote this week in a blog post. “But times are changing, and so is our hair. Over the last few months, we [Patric “TrueBrain” Stout and Owen “Orudge” Rudge] have silently been working to become a bit more visible in the world. Don’t worry, not for reasons you might think: OpenTTD has as many active users as it had in 2007. But more because we no longer think it is the right approach to only distribute via our own website.”

Apart from the exposure a Steam release could bring to the long-running open-source PC game, the developers also considered the fact that “other people” have been listing OpenTTD on “some stores.”

“They are not always updated with new releases, sometimes even slacking behind a few years. And maybe more important to us: we can not guarantee that the uploaded version is unmodified and is the version as we intended. So, instead of fighting it, why not turn around and join them! Why not release our own, verified, builds on those stores!” (They’ve already released the game on the Microsoft Store.)

A lot can happen between now and April, so go ahead and wishlist OpenTTD on Steam if you have grand logistical plans in mind for your bustling business. I could never quite click with the original Transport Tycoon in the same way as, say, SimCity or RollerCoaster Tycoon, but I’m older and wiser and hopefully a little more patient of a player now. I should give this another serious attempt in 2021.