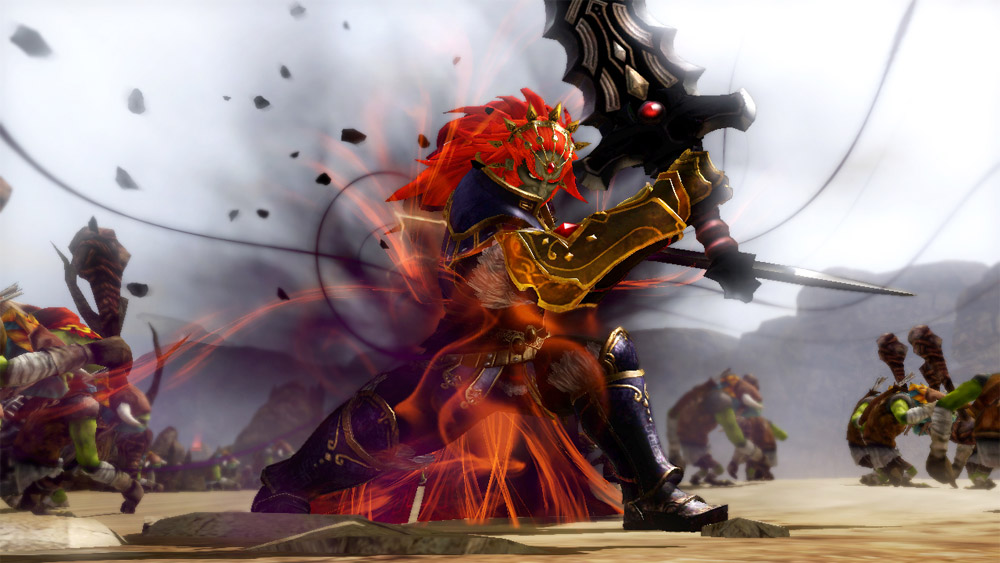 Yet so, so right

During a Nintendo showcase event at PAX Prime, I wanted to say “screw it” and just play Hyrule Warriors for an hour (or more) but with only two demo stations available and lots of other nice games media types eager to check it out above other titles, that wasn’t an option.

I also wanted to play as Midna because she looked badass in her character trailer, slapping fools left and right — but that wasn’t an option either, damn it. We were encouraged to try pummeling crowds of enemies as Ganondorf, what with him being new and all. Okay, sure. He’s cool too.

My favorite moment was opening a treasure chest as the long-running villain. He unceremoniously kicked it open and shoved his arm in while fanfare played. Perfect.

Otherwise, slashing away at familiar The Legend of Zelda series foes — and calling down lightning for further crowd control — was good, albeit relatively mindless fun just as I had hoped.

The mini-map would ping me to run off and hack away at some dudes, so I’d oblige, then move on to the next area. Sometimes, there’d be laser-shooting statues that needed to be bombed (or ignored). This went on until I ran into Volga, who had made his way dangerously low on the map and would have resulted in a “defeat” had he pushed much further.

I whittled his health down just fine, dodging attacks without much difficulty until he morphed into a dragon and took away the majority of my hearts with a single fiery blast.

I may not have made it to the actual boss of the free-play stage I was on, much to my disappointment, but I was able to confirm that my anticipation of Hyrule Warriors is justified. The fact that it’s out in Japan already is only making the wait for September 26 feel that much longer.

This is Dynasty Warriors but with characters I can actually comprehend. At long last, I’ve found an Omega Force game I can get into.