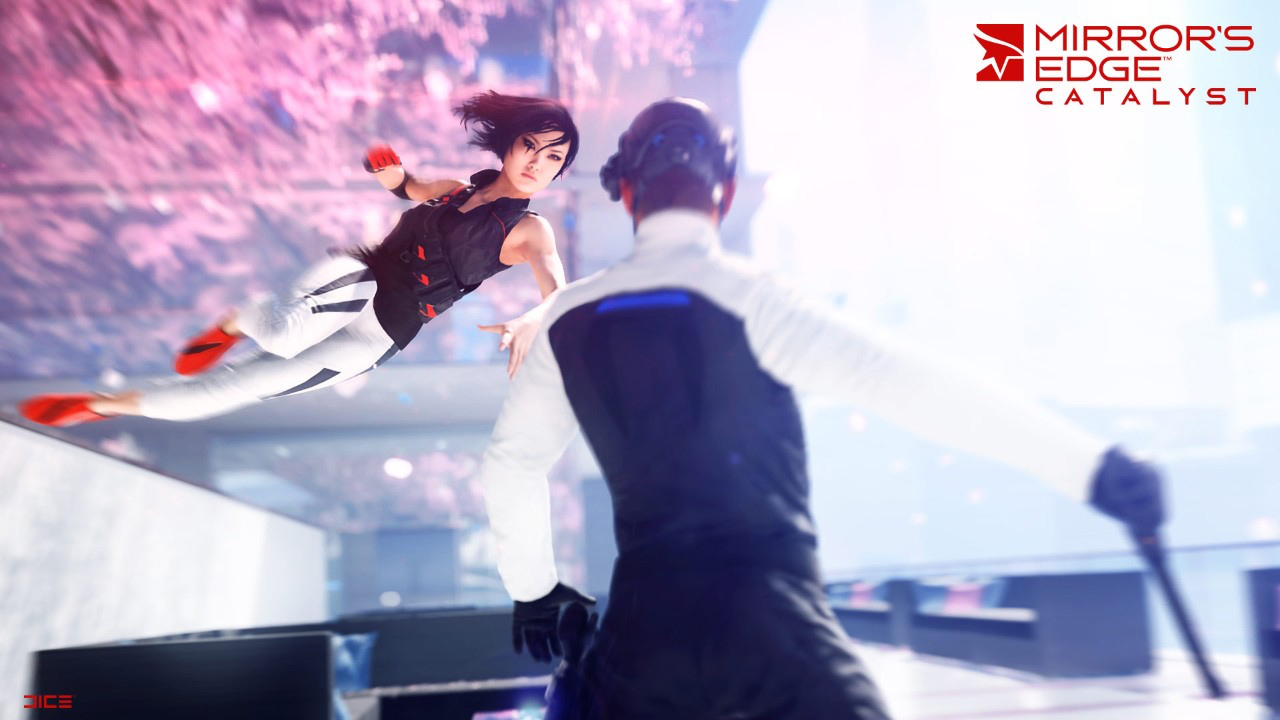 With Mirror’s Edge Catalyst, DICE is giving us more freedom while robbing Faith of hers.

This is an origin story, and an open-world one at that. It’s the same fun first-person running, rolling, jumping, and sliding as before, but now you’ll be able to roam the distubingly clean and corporation-run Glass City between missions. This is Mirror’s Edge with waypoints.

During an E3 2015 demo, I saw an introductory scene in which Faith is detained. She’s eventually let go by her KSEC captors, but told she’ll be monitored going forward and to get a job in the next 14 days (easy now!). She then meets up with a member of the Black November rebel group who disables the tracking device. Flash forward to the city’s rooftops — because this is E3, damn it, and 13 minutes is all you get! — and the race is on. You can run to your heart’s content.

There were three different missions to find and initiate. I did ’em all. One involved dashing from point A to point B as quickly as possible, while another was a sort of environmental puzzle to reach and hack a billboard using a not-obviously-marked route. (Pipes. Look around for pipes to climb.) Lastly, there was a Delivery mission with several enemies to beat down. As long as you’re in the flow, you’re safe. Faith has some real helmet-cracking fists, too. Combat was satisfying and fast and so far, so good. I’m happy to hear she won’t need to pick up any guns.

Steven says he saw EA CEO Andrew Wilson roaming the E3 show floor looking even more like the villain of Catalyst, who is also a CEO. That’ll be good for a laugh for the foreseeable future.