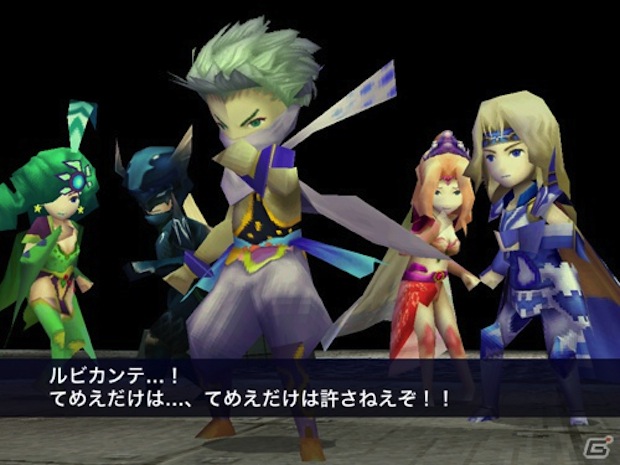 Final Fantasy IV? Sure, I’ll play it again. Bring it on.

Japan gets an iOS remake of the Nintendo DS remake of Final Fantasy IV in about 10 days. The game is coming stateside, but not until later next year, so these new screenshots from Japanese website Gamer will have to hold you over.

I think it looks pretty nice for scaled up DS graphics. If you’ve played Final Fantasy III on an iOS device, you’ll know how nice it can look. Let’s hope it plays nicely, too. Let’s also hope that it won’t be overpriced.