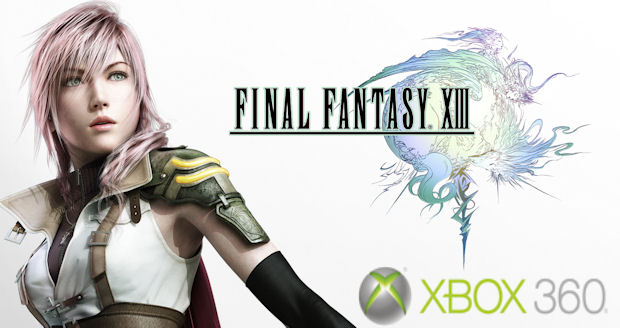 I got into various arguments with people this weekend who justified Final Fantasy fans hating the Xbox 360 because it apparently “ruined” Square Enix’s latest hundred-hour monstrosity. Now, there’s no denying that Final Fantasy XIII has its share of problems. Ahead of our review, I can tell you that this game boasts a variety of disappointing elements. However, there are those who legitimately blame the Xbox 360 and demonize it as the heart of XIII‘s troubles. After debating with several of these individuals, I have concluded that such people obviously know nothing about the game’s development.

There are many legitimate reasons to dislike the 360. The shoddy hardware, the Xbox Live Gold scam, Microsoft’s insistence on controlling and restricting as much user freedom as it can; the list goes on. But to despise the Xbox 360 because you think it ruined Final Fantasy XIII is perhaps one of the stupidest, most ignorant things you can do. You are, officially, a moron.

Read on to find out why you are so stupid. 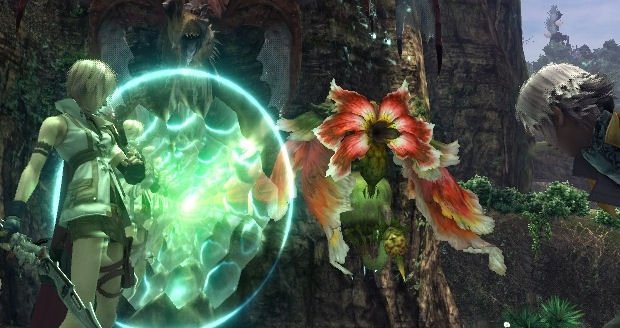 Apparently, Final Fantasy XIII‘s problems are all due to the fact that the Xbox 360 is immeasurably inferior to the PlayStation 3. According to these people, the 360 simply couldn’t handle this ultimate version of XIII that doesn’t exist, and because of the 360’s weakness, Square Enix scaled back its game, made it more linear, and spread the development thin in order to cater for both systems.

It’s hard to know where to begin in tearing this fallacy apart, but let’s start with Square Enix itself, and its multiple assurances that the PS3 version was not gimped to make it run on an Xbox 360. Square Enix has explained, time and time again, that the PlayStation 3 version of the game was developed first, and then it was ported to the Xbox 360. Apparently, people think Square Enix has been lying through its teeth the whole time, but we can certainly see evidence that the PS3 version was always intended to be the lead version. Just compare the two games. Final Fantasy XIII looks better on the PS3, by all accounts, and I’d find it nearly impossible to say that the graphics were scaled back at all. The PS3 version of Final Fantasy XIII is one of the most beautiful games I have ever seen, if not the most amazing looking console game to date. I’d even put it ahead of Uncharted 2 in terms of how huge and beautiful it looks.

You can’t really argue that you’re getting a bum deal, visually, when XIII is the most gorgeous looking game on the home console market. What more do you want? It’s hard to imagine Final Fantasy XIII looking better, and if you’re seriously crying because it doesn’t look better, then you are the dictionary definition of a spoiled brat. You’re like somebody who got a golden elephant encrusted with fine jewels for Christmas, and threw it out because he thought its crystal testicles weren’t round enough. 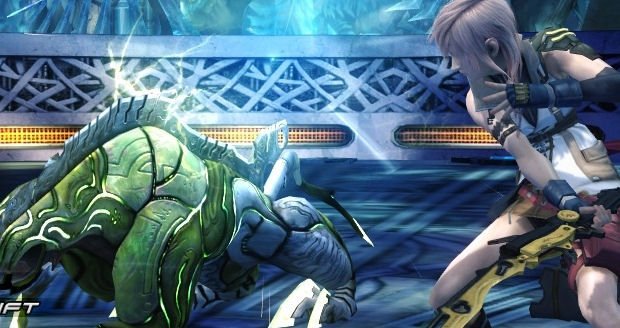 A fair few believe that the gameplay itself was affected by the Xbox 360, and again I have to call foul on this ridiculous assumption. Bear in mind that Final Fantasy XIII was officially announced in 2006, and obviously development had started on the game much sooner than the announcement. In fact, the game was originally in development for the PlayStation 2. The Xbox 360 version was announced in 2008, two years after the game was announced and a whole generation apart from when development had begun.

Now, looking at when development on XIII started and when it was revealed for the Xbox 360, can you honestly believe that the very fundamentals of the game were not already in place before the 360 version was decided? The game had been developed for PS3 long, long before it was finally planned for the Xbox 360, so if you think that the game wasn’t already going to be linear and restricted before coming to 360, you’re a fucking tool.

Square Enix itself has already revealed why the game is so tight and linear, and that’s because of the challenges of making a game in high-definition. The budget for any HD current-gen game is already astronomical, let alone an HD current-gen RPG intended to last at least thirty hours. Director Yoshinori Kitase has already stated in the past that making a high-definition RPG is incredibly difficult, and that this was the reason for much of the content being scrapped. If you look at it that way, you could almost blame the PS3 for XIII‘s limitations. If the PS3 wasn’t so damn good, Square Enix wouldn’t have had to make such a great looking game and sink so much time and money into the graphics, concentrating instead on making a bigger and better title. 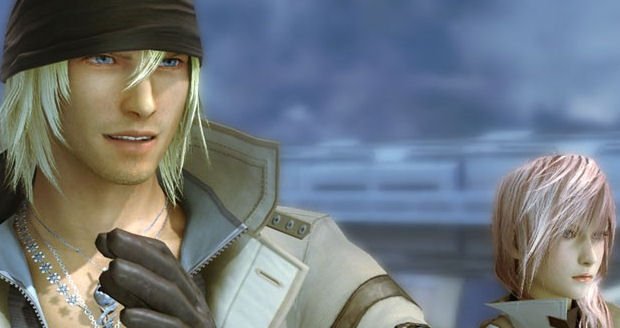 You want to blame something for Final Fantasy XIII‘s issues, then you blame the people who were responsible. You blame Square Enix. Don’t go making a boogie man out of a hunk of plastic and wires because you’re too lazy and unimaginative to actually consider why the game has its problems. Square Enix made all the decisions here. It decided how to develop XIII, and it decided what systems to develop it for. Making a villain of a single game console, simply for existing, because your game isn’t everything you thought it could be is fucking ridiculous, and you really are stupid if you sincerely believe that the 360 is the cause of XIII‘s woes. There are so many other factors to consider than “Wah wah the Xbox 360 is ten billion times worse than the PS3 which I have mistaken for some sort of processing God” and it’s dismaying to see other, considerably more troublesome issues getting ignored.

Focusing on graphics over gameplay is a serious problem this generation, and that problem is exacerbated by so-called Final Fantasy fans demanding better visuals and then complaining when the game lacks a massive overworld. The way Square Enix made Final Fantasy XIII was simply wrong, and the game’s biggest faults aren’t even technical ones. It’s not the Xbox 360’s fault that XIII‘s plot is borderline incomprehensible, that the characters are boring at best and annoying at worst, or that the battle system is so complicated and convoluted that most of the control is wrested from the player so they can concentrate on making sure nobody’s HP drops below 0. These are all design issues, not hardware restrictions.

And if future Final Fantasy games are just as bad, you won’t even be able to blame Square Enix anymore. You’ll have nobody to blame but yourself. Yourself, because you chose to focus all your criticism on a machine that was completely unrelated to the root of XIII’s flaws. Yourself, because instead of letting Square Enix know that it fucked up, you only criticize the studio for “betraying the PS3” or being “paid off by Microsoft.” Yourself, because you deflected the issue away from Square Enix’s developers and onto something that really had no influence whatsoever.

So remember, when the next traditional Final Fantasy is shit, don’t boo the PS3 or the Xbox 360. Boo your stupid fucking self.