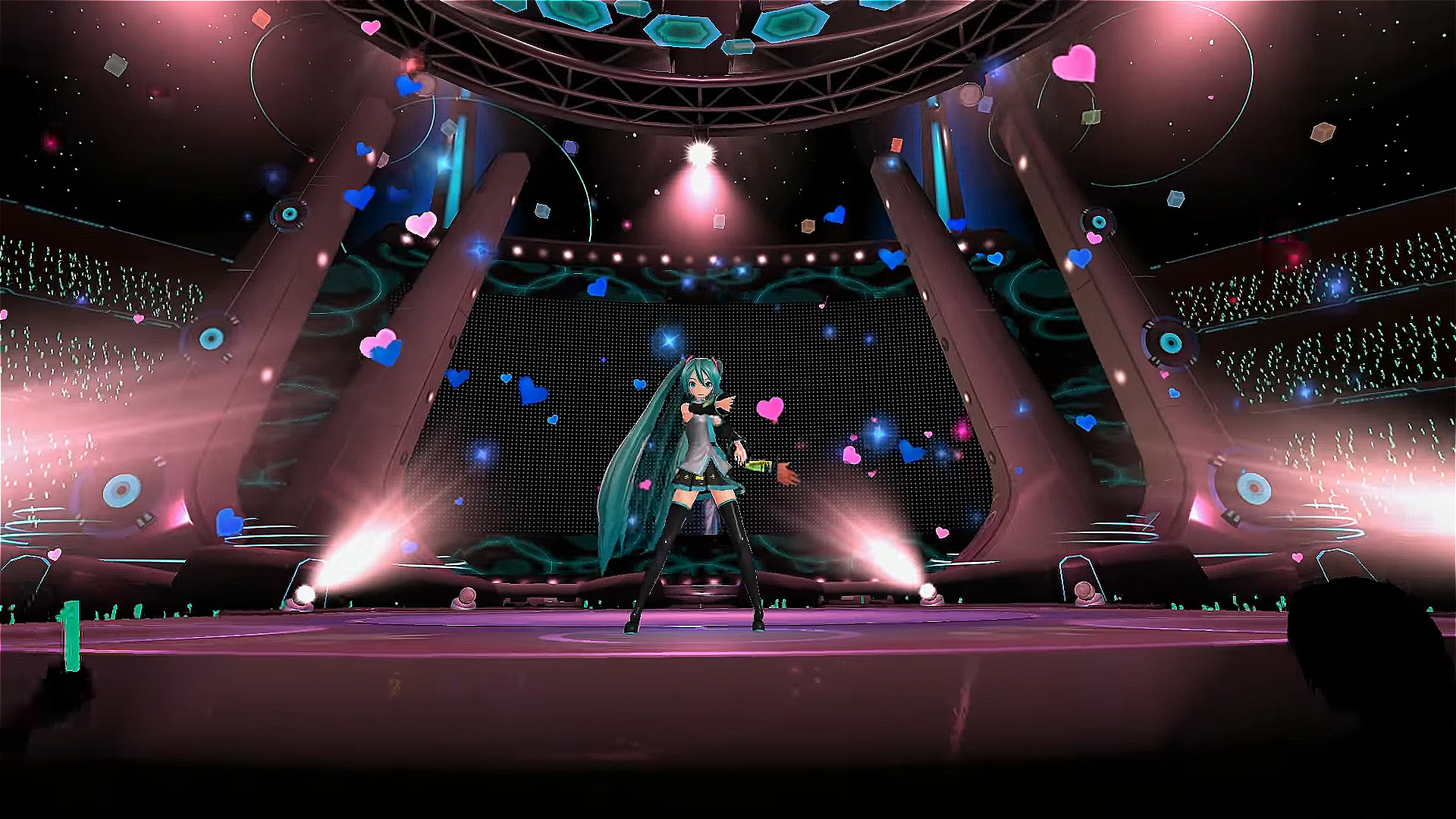 A virtual singer, at a virtual concert, in virtual reality

I love Hatsune Miku and her fantastic games yet I’ve never been able to see her perform ‘live’ unlike some of my friends, so obviously I was excited to give Hatsune Miku: VR Future Live a spin on PlayStation VR; a product that Sega says is in the “virtual live concert” genre, whatever that means.

To me, a “virtual live concert” would be watching a live concert in virtual reality, but this is more like watching a performance from one of the Project Diva games while waggling your controller with a glow stick attached alongside a faceless crowd doing the same thing.

As a huge fan of the queen of the vocaloids and concerts, I think I’m the perfect person to give my opinion on this. So, did it deliver?

No. No, it does not. Currently, only the first set of seven songs (known as Stage 1) are available for $15 and can be experienced in under an hour.

As far as interactivity goes, you can shake your DualShock or Move controller to imitate the glowsticks of the crowd surrounding you, which is an accurate representation of a Hatsune concert from what I’ve seen. I honestly felt pretty excited at first, having a bit of fun shaking my virtual glowstick to some of my favorite songs from Project Diva X, but after a couple of songs I grew tired of doing the same few motions over and over.

Sure, it felt nice to have my controller vibrate to the music while I performed actions, but I was only required to during certain sections of each song, meaning most of the time I was just waggling for ‘fun.’ The most fun I had was probably watching as my virtual DualShock 4 floated off into space as the PlayStation VR’s tracking of them is apparently not great, at least in this experience. The Move seemed to work as intended, though the in-game controller jitters at all time regardless of the controller you’re using, probably due to relying on three- to six- year- old hardware such as the camera and Move.

You’re also supposed to chant along with the crowd, but I only saw prompts to do so once or twice and felt weird doing so on my own. I couldn’t suss out if any of this mattered. I was told early on that doing well would grant me a one-on-one encore experience, but I don’t think there is a way to even avoid it. It did seem like I unlocked different items (such as a maraca and a tambourine) to shake with my controller if I continued to mime the crowd’s movements during songs, as well as new outfits for Hatsune to wear during her encores.

Speaking of the encores, they were only slightly less uncomfortable than Mary J. Blige singing for Hillary Clinton. Hatsune warps you to a  heaven-like environment and tells you she is going to perform a special encore for you at which time she asks what she should wear. This made me slightly uncomfortable, not because I had a boner, but because it was just very awkward. Ms. Miku will then perform a dance and song for you like some kind of classy, mostly clothed cabaret performer. Thankfully the encore included in Stage 1 is one of my favorite songs, “Love Song,” with the ‘fingers dance’ and everything.

While VR Future Live may emulate parts of what it is like to be at a Hatsune Miku concert, it doesn’t feel much different than watching a performance from any of the Project Diva games from the audience view, which is something you can actually do now with the PlayStation VR update available for Project Diva X. That is what I’d suggest over buying this due to a lack of content and interactivity.