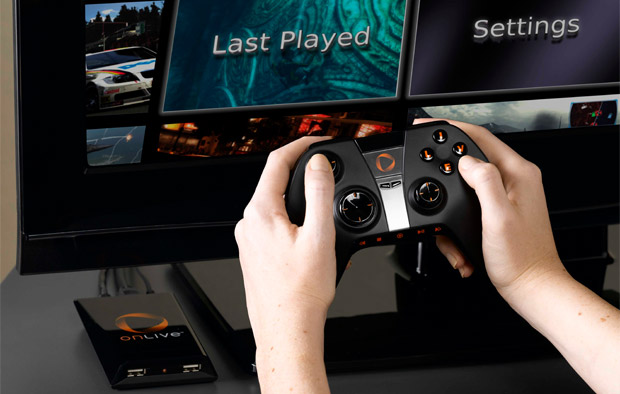 [Update 2: The restructured OnLive has issued a press release which offers insight into what happened and how those changes will affect the business going forward.]

[Update: Engadget reports that “at least 50 percent” of the OnLive staff will be affected by layoffs and severance won’t be offered, according to a source who attended the staff-wide meeting earlier today. It seems unsustainable operating costs are to blame, and an unknown party is buying the company.]

It seems that cloud gaming service OnLive has been having a rough day. It all started with a Tweet from InXile Entertainment CEO Brian Fargo which, based on an email he had received from an OnLive employee, suggested that the company would be closed as of today.

OnLive director of corporate communications Brian Jaquet told Joystiq “We don’t respond to rumors, but of course not.” The outlet then asked for a comment on whether or not there had been any layoffs, to which Jaquet replied: “the OnLive service is not shutting down.”

Despite the denial, a source told Kotaku that an “all-hands meeting” occurred this morning where CEO Steve Perlman explained that the company would be filing for bankruptcy in California. While the current OnLive will reportedly no longer exist as an entity, Perlman went on to say some employees would be brought back to work at a new, restructured company that would come out of these ashes.

For now, it seems the cloud gaming platform is indeed working as if nothing has happened yet. We will keep you posted, though hopefully we’ll hear a definitive statement sooner rather than later. This back and forth is getting ridiculous.

OnLive on rumors of closure: ‘of course not’ [update] [Joystiq]
Source: OnLive Filing for Bankruptcy, New Company to Take Its Place [Kotaku]