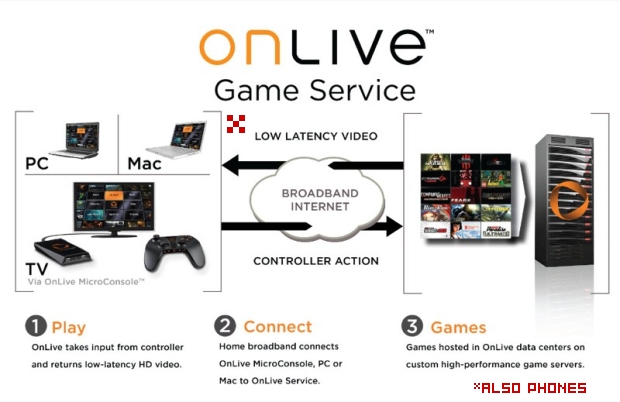 OnLive has been promising a lot since it made such a splash at E3. We’ve had some time with the guys behind it and are still unsure that it can deliver on all its amazing promises. Every game, any time, everywhere no matter what your internet connection is? It sounds a bit implausable. Add another grain of salt to the salt shaker as the guys behind OnLive are now claiming it will function over mobile phones as well. This means that games will not just be “streaming” to the home, but to mobile phones as well.

“Today, at a Wedbush financial conference in New York I showed OnLive running simultaneously on two iPhones, a TV, and a computer,” said CEO Steve Perlman. He then added, “It’s important to understand that a cell phone is a very different beast than TV, PC or Mac … currently, games on OnLive are tuned for TVs and computers, so initially, it’s the Community and Social elements of OnLive that we’re most excited about on mobile devices.”

I can understand having the social aspects over OnLive, but I don’t even understand how full games would work over phones. Maybe they’re just discussing cellphone games over the service, but if it’s full game one has to question the functionality of it and if anyone wants to even play full retail games over their phone.