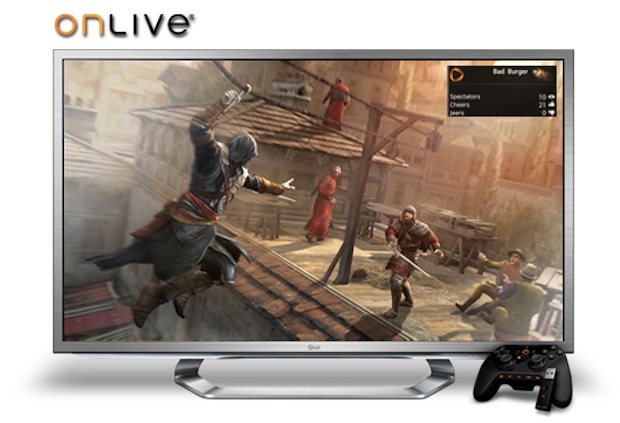 LG and OnLive announced this morning that the LG Smart TV with Google TV built in will now see integration from OnLive’s streaming gaming service. This means instant cloud gaming, straight from the television, with no console needed. They say that their latest model, the S2, supports OnLive, and future LG Google TV models will also include this feature.

All new S2 series TVs will already have OnLive preinstalled. Those of you that already own one can add this feature in an over air update. You’ll need to buy a controller first.

“Our partnership with LG has enabled us to take an important step forward in making high-end gaming accessible to everyone, across a variety of consumer electronic devices,” said Gary Lauder, OnLive Chairman. “Gamers can now enjoy hundreds of amazing console-quality games with no new hardware necessary beyond an OnLive controller and LG’s fast and intuitive Google TV.”

Would you get into streaming gaming if it was built into your television? Any LG S2 series owners out there looking forward to trying this out?