The other day I had the urge to play MAG, a 2010 PS3 online only game.  Unfortunately the servers were taken down in 2014 and I can never again yell at idiot teammates for driving our tank directly into the line of enemy turret fire, or yell at Dan for shooting me in the butt.  Games like Destiny and Elder Scrolls Online… these too are games I currently play that will eventually end when the servers are taken down.  Warhawk, Dust 514, The Division, Titanfall… all games that rely on “online only” and therefore servers beyond our control.  It’s sad to acquire a game with a very limited lifespan… more like renting a game than buying it.  I got 4 years and well over 2000 hours out of MAG, so it was money well spent, but I certainly understand the frustrations of people upset with the increasing move to online only gaming and the uselessness of our purchase once the servers are removed. 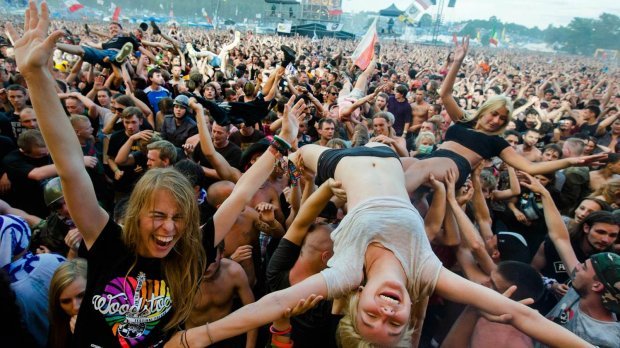 Enjoy the party while you can!

This isn’t new, this has been happening with online games through much of the history of gaming, but increasingly games no longer offer that single player option or experience where you can still load up the game and at least re-visit the environments, characters and personal memories of the lost online portion of the game. Then again, it’s about perspective.  In some ways, these online only experiences are like Woodstock.  I was there at the beginning for MAG.  I was in the beta, I remember the hype of 256 people in an online game on the PS3!  I remember the constant changes being made as the release date grew near – the fine tuning, the weapon balancing, the faction balancing.. the grenade nerfing!  All the preparations for the “big day” of release.  So much fun!!   I was there when the game launched and I experienced the technical feat of being able to actually wander the battlefield and realize that the 256 avatars I was seeing were actual people in a single game.  I remember playing as a Platoon Leader – directing my squad leaders, coordinating with my OIC and actually getting people to coordinate and follow my strategies… it was an incredibly amazing experience and the fulfillment of all my armchair general fantasies! Yes, sometimes abandoning the left to protect or attack the the right side is a viable strategy, especially when everyone commits!  Unfortunately I was also there for the aftermath to the big event.  Drunken snipers laying around, not caring if their team wins or loses, just trying to snipe paratroopers for a trophy.  Everyone switching factions for yet another trophy, while still retaining loyalty to their original faction and well… just being asshat infiltrators waiting out their time to get back to the faction they were loyal to (Raven rules!).  People gradually left the party and those 256 player games became rare… with most people gathering in smaller 64 player groups to play team deathmatch.  We could see the litter and trash laying around… the fact that the party was gradually dying… but some of us just didn’t want to leave… until security arrived, booted us out, and locked the doors.  My husband and I had many wonderful hours playing this game… and can never again wander those battlefields.

This will happen with games you might be playing now, but the positive take away is that you are experiencing something others can never experience.  Years from now, when Destiny or The Division are long dead, you’ll come across another avid fan who played the game, and like Woodstock or other singular experiences, you’ll be able to talk about it in ways others can’t.  People can write retrospectively about these events or games, but unless they were there – they can’t truly understand what it was like.

Games are often compared to art, with games like Limbo, Gone Home, or Her Story hailed by some as visionary creations.  Some of these lauded art experiences will eventually fade from our collective memory (how many of us remember Linger in Shadows – one of the first “interactive art” games to be promoted on the PS3?), while others may go on to become classics.  These games will continue to exist, even if they are updated and re-released on new platforms.  Online only games unfortunately cease completely to exist once the servers are removed, but I do believe that there is a comparison to performance art – the birth, life and death of a video game.  The entire experience is only lived by a few and their uniquely personal experiences with the game will only truly resonate with others who lived through the same experience.

Savor the memories of your online gaming.  Gather those memories and store them.  Unlike movies, books or other media, your experiences will be unique and can never be repeated.  Some game might be a coming generation’s Woodstock. Nobody knew at the time that Woodstock would become part of the national lexicon and achieve fame and recognition.  There were lots of concerts, and it was only a year later with the 1970 documentary film release and the release of an album, that Woodstock achieved national recognition in the public consciousness. Woodstock was often regarded as evidence at the time that those hippies living together in free love, naked sin, smoking pot and protesting war, injustice, and corporations were a larger force… a counter culture more numerous than many realized.   They had an impact on society… a continuing impact we see today with common-law marriage, marijuana legalization and a continuation of fighting against “the man”… whoever the current “man” might be.

It may be the same in video games.  While we are playing these games, we will have no idea which one will turn into “that game”… the one that people talk about and write about and enters the public lexicon as something larger.  Sadly, my money is on EVE or World of Warcraft, games I’ve never played, but ones that I suspect will be publicly mourned when gone… and possibly achieve an everlasting place in history once the inevitable documentaries, retrospectives and articles come out well after it’s demise.  Then again, who knows, maybe no online only gaming experience may achieve this fame… but I personally think that eventually one will. 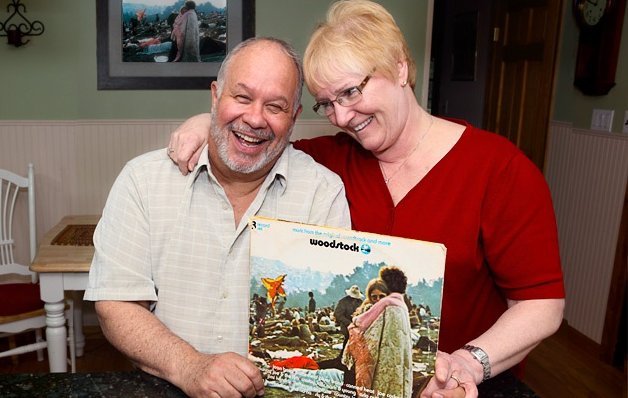 History is a capricious beast.  We never know what will fascinate the public mind in future years. So, don’t be shy.  Jump in there, be crazy, try new things, have fun, talk to people… do it!  Make those gaming memories.  Gather your memories now, for one day you could be saying to some young child… I was there.  I played “That Game” when it was live.  It was an incredible experience…and you had to be there to really understand what it was like. This may never happen… but it is somehow a comforting thought to me when I get the urge to play MAG again and realize I can’t.