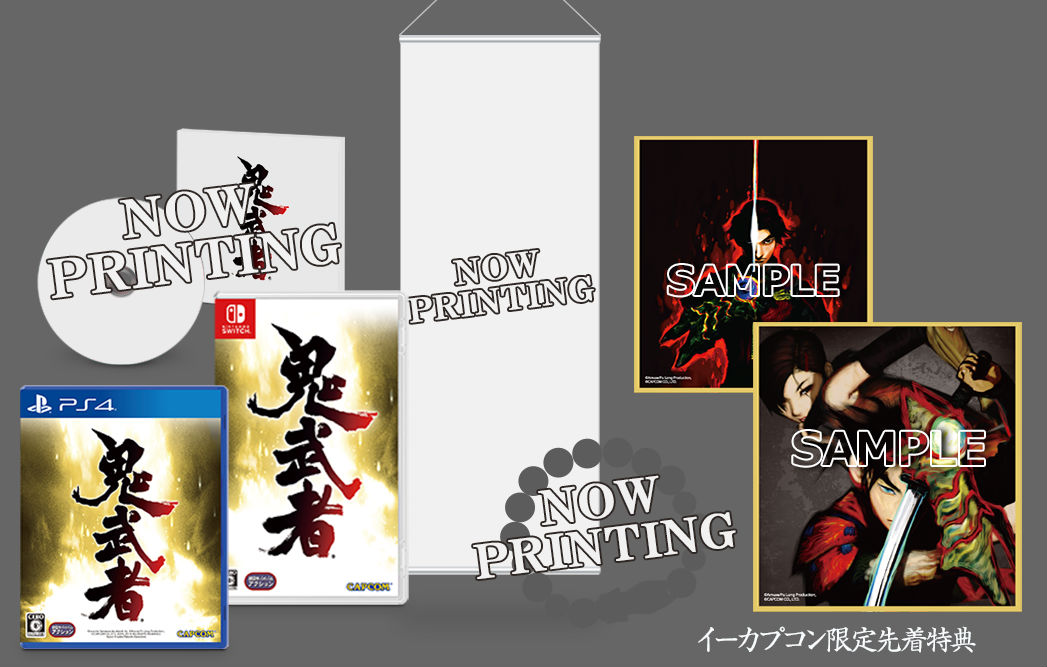 Good news, everyone! Onimusha: Warlords, the first game in the series and often the most beloved, is coming to modern systems. What was once known as “Feudal Resident Evil” eventually grew into its own series, and cemented itself as one of Capcom’s trademark action franchises. I typically replay the original trilogy once every few years, and this re-release lines up with my plans perfectly.

There are some provisos though. In the west, only the US is getting physical copies, and only on PS4 and Xbox One. Japan is getting a whole host of options actually on PS4 and Switch (go figure) — in the form of three different collector’s editions. There’s a Genma version with a soundtrack, mini poster, and wall scroll for 5,990 yen (roughly $53), a limited edition with two mini posters and a bracelet for 17,490 yen (about $157), and a complete edition for 19,990 yen ($180, give or take) that comes with the whole lot.

I have a complete collection of every Onimusha game (including the “Genma” Xbox enhanced edition), but this is too rich for my blood. If you really need that Switch physical package though this is the only way to get it (for now, unless Capcom changes their mind).