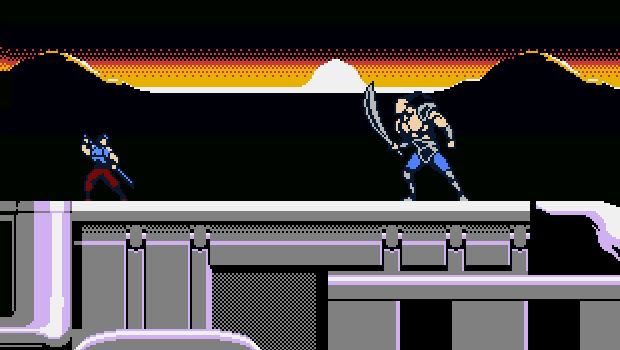 The Contra/Ninja Gaiden inspired Oniken is coming to Steam this Wednesday, developer JoyMasher has informed Destructoid. The Steam release will come with a few updates in tow, including updated visuals, new and rearranged soundtracks, and level balancing.

You’ll also get leaderboards and achievements, as well as the new Hardcore mode, which forces you to beat the game without continues, and rewards you with a new ending. If you love old school platformers I’d highly recommend Oniken, as it’s a blast to play.