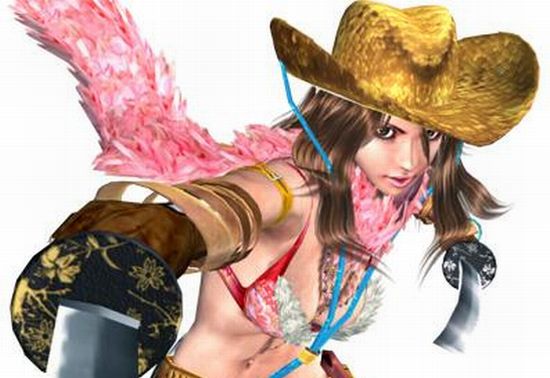 Oneechanbara R is going to let you do some really cool interactive moves with your Wiimote, but honestly that’s not the reason I wanted to write about this upcoming title. The game itself is a zombie chop fest, which thrills me as I love anything with zombies, but the translation from the Famitsu article was what killed me. Check some of these gems out:

In series as for the same straw raincoat system healthy!

“The system which obtains the appraisal which “reckless driving state” and “you abandon and”, is high, from action game fan such as “counter” system is healthy even with this work. It probably will keep introducing that system.”

“Furthermore sexy the radical action game series ‘ older sister sword battle where the older sister participates ‘. That up-to-date work is sold with Wii. With this work, by the fact that the Wii remote control which is diagnosed in the sword is shaken, it cuts the enemy and it can taste the refreshing impression of keeping pushing down. In addition, if Wii remote control and ヌンチャク were shaken alternately, 2 swords were used, also the fast consecutive attack where it does is possible. It cuts バッサバッサ and the enemy and throws away, ecstacy bodily sensation does!”

Engrish makes my life worth living.

Anyway, I’ve added some screenshots so this post is not just an indulgent proclamation of my love  of Japanese-to-English translation errors. Did I mention you get to play a mostly naked chick in a cowboy hat? I could make so many sexual puns the possibilities overwhelm me.

[Via Siliconera, thanks Adam!]