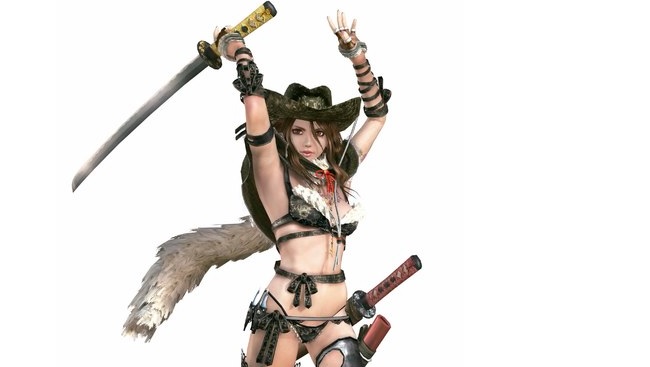 The scantily-clad zombie slayers return to Japan this October

Sony’s PlayStation 4 isn’t setting Japan ablaze just yet, like it is in much of the world. Part of that has to do with the dearth of software specifically targeted toward Japanese audiences. Enter Onechanbara Z2: Chaos, the latest hack and slash from Tamsoft and Bandai Namco subsidiary D3 Publisher.

Onechanbara Z2: Chaos was announced in the latest edition of Weekly Famitsu, and now we get our first look at the title’s zombie-slaying heroines courtesy of the publication’s website. The PS4 action game is slated to arrive in Japan this October.

Though the Onechanbara series has a relatively limited appeal and likely won’t spur PS4 sales in any significant way on its own, Z2: Chaos is an indicator Japanese developers are starting to support the machine. It wouldn’t be at all surprising to see Sony’s new console take off in its domestic market once the first substantial wave of homegrown software arrives.